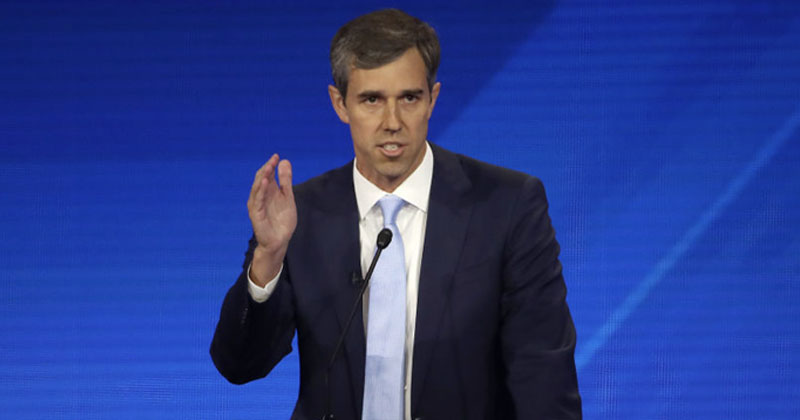 Beto O’Rourke says some dumb stuff, but he made perhaps his weirdest claim this past weekend when he suggested that if he was a ‘trans woman of color’ he would be really afraid because anyone in America could murder him without consequences.

“I would be afraid if I were a schoolteacher in a kindergarten classroom and those kids for whom I had already sacrificed so much were up against a gunman with an AR-15 because we didn’t have the courage to stop them while we still had time,” O’Rourke said.

“I would be afraid if I were the son of an immigrant who went to work early this morning and never came back, detained and deported back to a country he had not seen for 20 years.” he added.

After imagining shot up kids and deported immigrants, Beto then turned his daydream into a trifecta of tragedies with murdered ‘trans women of color’.

“I would be afraid if I was a trans woman of color who could be killed with complete impunity in this country right now with no one to follow up or investigate,” he said.

What the hell is he talking about?

Show us one example of a trans woman of color being murdered with impunity please.

Beto previously cited the case of one Chynal Lindsey, who was murdered in Dallas. Three other cases of African American transgender murders also remain unsolved there.

Were these people murdered ‘with impunity’? No. Dallas police investigated and requested the assistance of the FBI.

So, once again, Beto is spewing bullshit.

Several Democrats have acknowledged that this loon is actually harming their chances of imposing new gun control laws. Chuck Schumer commented that “I don’t know of any other Democrat who agrees with Beto O’Rourke.”