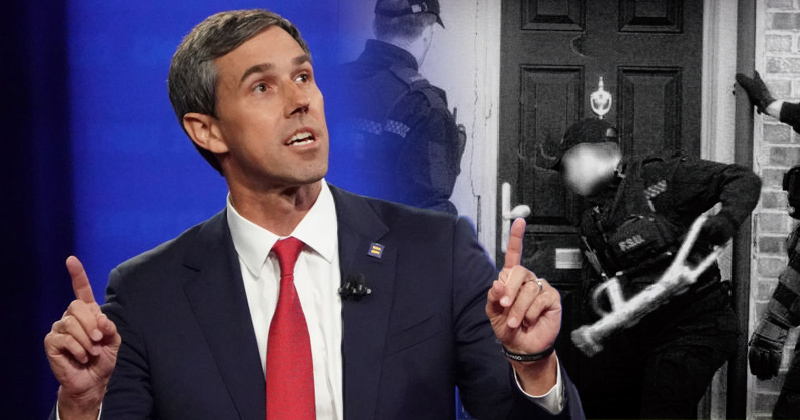 Robert “Beto” O’Rourke is still trying to outline his cockamamie scheme to disarm the American public, this time claiming police are going to go door to door if law-abiding gun owners don’t turn over their firearms.

After being ridiculed on CNN early Wednesday regarding his unrealistic (and unconstitutional) plan relying on criminals to follow the law, Beto continued the conversation on MSNBC’s Morning Joe, saying defiant gun owners would get a “visit” from “law enforcement.”

“I think just as in any law that is not followed or flagrantly abused, there have to be consequences or else there is no respect for the law,” Beto told host Joe Scarborough.

“So you know, in that case, I think there would be a visit by law enforcement to recover that firearm and to make sure that it is purchased, bought back so that it cannot be potentially used against somebody else.”

Beto also had to confront his illogical gun confiscation agenda earlier in the day when CNN host Alisyn Camerota asked why he assumes criminals will follow the law.

Beto responded with a useless platitude downplaying his plan’s ineffectiveness, and admitting it “won’t stop every shooting.”

“There are so many instances where the proposals that we’ve made, whether it is a universal background check or a red flag law or ending the sale of weapons of war or buying those that are out there back, would have stopped many of the shootings we’ve seen in a country that loses 40,000 people a year to gun violence.”

“Would it stop every single shooting?” he added. “No; but that should be no excuse for not taking action now while we have the opportunity to do the right thing.”