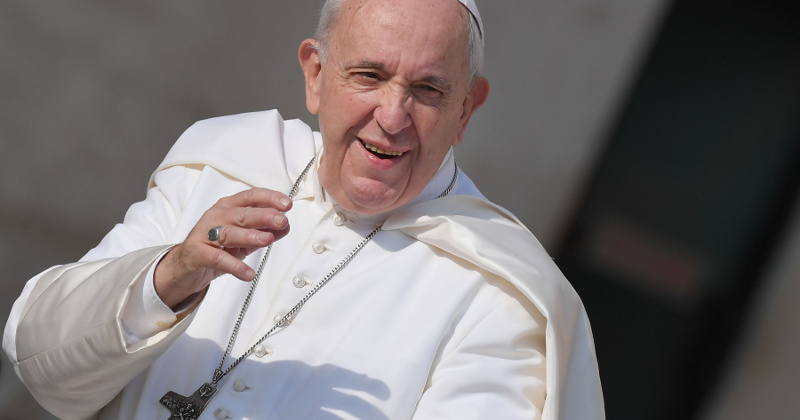 During Sunday Mass, Pope Francis bashed Black Friday and Cyber Monday and urged people to resist consumerism leading up to the Christmas holiday season. The Pope called consumerism a virus and said it hurts the poor, Reuters reported.

This isn’t the first time Pope Francis spoke negatively of the biggest shopping holidays of the year. Last year he delivered a message on the dangers of consumerism.

In 2015, Pope Francis warned the world’s 1.2 billion Roman Catholics not to be “intoxicated by consumerism.”

He has also warned about the “throwaway culture” and the “dictatorship of an impersonal economy.”

This holiday season, he said: “When you live for things, things are never enough, greed grows, other people become obstacles in a race,” he said at a Sunday Mass, criticizing the West where “consumerism reigns supreme.”

The Pope added, “consumerism is a virus that corrodes faith” because it clouds the minds of many who forget “the brother who knocks at your door.”

He urged people this Sunday to “resist the blinding lights of consumerism, which will shine everywhere this month,” leading up to Christmas.

The Pope has pointed out before, the abusive advertising and consumer brainwashing techniques by mega-corporations have become very sophisticated. Advanced marketing techniques have sucked in broke consumers, buying products they can’t afford, nor do they need with credit card rates at 25-year highs.