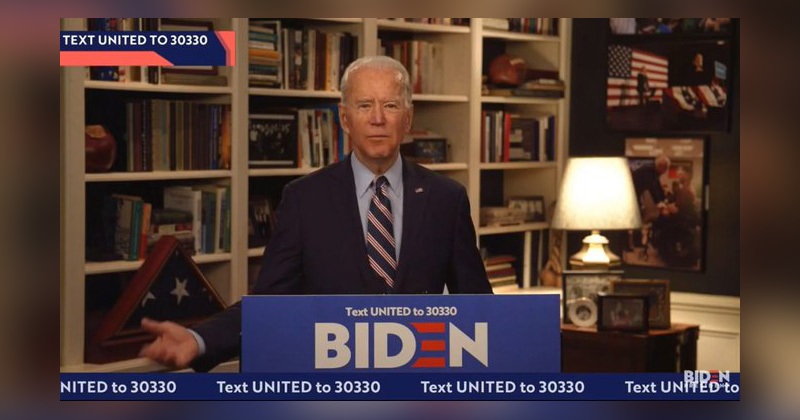 Democratic frontrunner Joe Biden botched up his own coronavirus briefing to the public which was intended to contrast how he’d handle the crisis compared to President Trump.

Apparently Biden’s teleprompter malfunctioned, leaving Biden practically speechless – except for mumbles and stumbles – on camera as the broadcast kept rolling:

WATCH: Biden’s teleprompter malfunctions and he doesn’t know what to say. pic.twitter.com/YWKS2YUD3z

He even appeared to slur the word “president” at one point near the end of the clip.

On the other hand, former President Obama, whose legacy Biden is trying to resurrect, was so dependent on his teleprompter that he even took it to county fairs.

“In a break from his routine, Obama did not use a teleprompter during his pre-Inauguration speech at a factory in Bedford Heights, Ohio — and his delivery seemed to suffer. He paused too long at parts. He accentuated the wrong words. And overall he sounded hesitant and halting as he spoke from the prepared remarks on the podium,” reads a 2009 article from Politico.

It appears Biden suffered the exact same problem at the very least.

Biden’s campaign had announced last week that Democratic frontrunner would give “regular updates on the health emergency” as part of a “shadow briefing” to the public to show how an Biden administration would handle the ongoing pandemic.