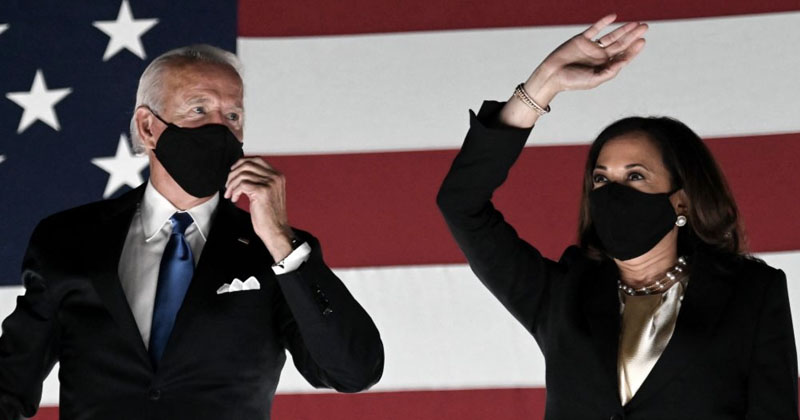 The Democratic presidential ticket is reluctant to take a nationwide coronavirus vaccine before Election Day despite insisting for months that the only way to end the lockdown measures is to accept a vaccine.

When asked by CNN’s Dana Bash if she’d take a vaccine before the election, vice presidential nominee Kamala Harris explained that she doesn’t trust a fast-tracked coronavirus vaccine introduced under the leadership of President Trump.

“Well, I think that’s going to be an issue for all of us,” Harris said Sunday. “I will say that I would not trust Donald Trump and it would have to be a credible source of information that talks about the efficacy and the reliability of whatever he’s talking about.”

“I will not take his word for it — he wants us to inject bleach,” she added, referring to a remark Trump said in April about an experimental ultraviolet treatment for coronavirus patients.

Democrats have been up in arms about a coronavirus vaccine throughout the pandemic, insisting life wouldn’t return to normal unless a COVID-19 vaccine became available — unless it’s before Election Day, which would politically unhelpful to them.

Perhaps Biden and Harris finally woke up to the dangers of such a vaccine, but more likely they would prefer to be seen as the “saviors”, and that can’t happen if Trump releases a vaccine before Election Day.

Dr. Carrie Madej issues a wake up call to people around the world to the dangers of transhumanism, especially the genetically modifying RNA vaccines being pushed on the global population in a mass experiment.