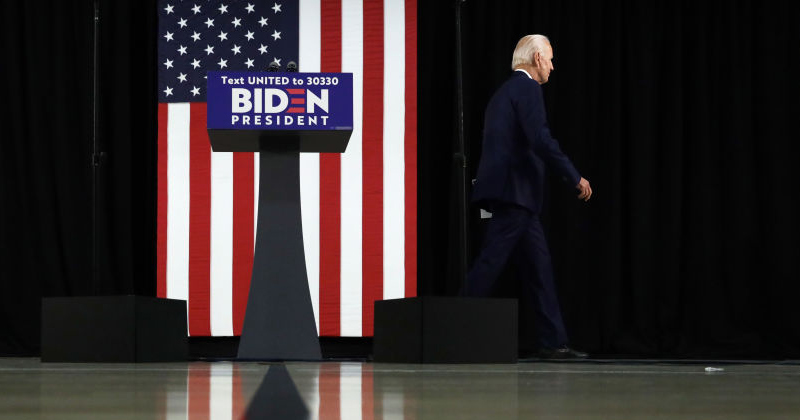 Presumptive Democratic candidate Joe Biden has started to outline his economic proposals for his upcoming presidential bid. To some, his blueprints may sound a bit like those of his Republican rival back in 2016.

Former Vice President and presumptive Democratic candidate Joe Biden has revealed his economic proposals should he win the White House this November.

Biden’s plan call for a $700 billion investment in ‘Buy American’ and ‘Innovate in America’ initiatives, according to his campaign’s website and senior adviser Jake Sullivan’s comments to AP. The plan will reportedly be discussed in detail during Biden’s address at a metal works in Dunmore, Pennsylvania this Thursday.

The outline of manufacture- and jobs-targeting proposals suggests that a $400bn government procurement investment should be allocated for the purchase of US goods and services while $300bn would be invested in research and development, including on 5G technologies and artificial intelligence. According to the AP report, Biden has not yet identified how the proposed short-term initiatives will be financed.

For some, Biden’s message and his rhetoric bear some similarities to Donald Trump’s 2016 “Make America Great Again” campaign slogan and his emphasis on employment in American manufacturing. But Biden aides have denied this, according to AP, arguing that the Democratic candidate’s appeal is more “coherent” than Trump’s.

The two do indeed have some differences in their economic visions, especially concerning corporate tax cuts, which were proposed by Trump back in 2016 and subsequently backed by the Republican party. These have been criticised by Biden as encouraging “offshoring” practices.

But Biden’s economic plan does suggest that the former vice president is currently focussed on winning back the working-class electorate lost by the Hillary Clinton and the Democrats in 2016. Indeed there are seemingly strong similarities between Trump’s past and Biden’s current proposals:

The upcoming address in Dunmore will be the first opportunity for many to hear Joe Biden’s economic vision, as much of his focus in recent months has been on attacking Trump and his Democratic rivals.