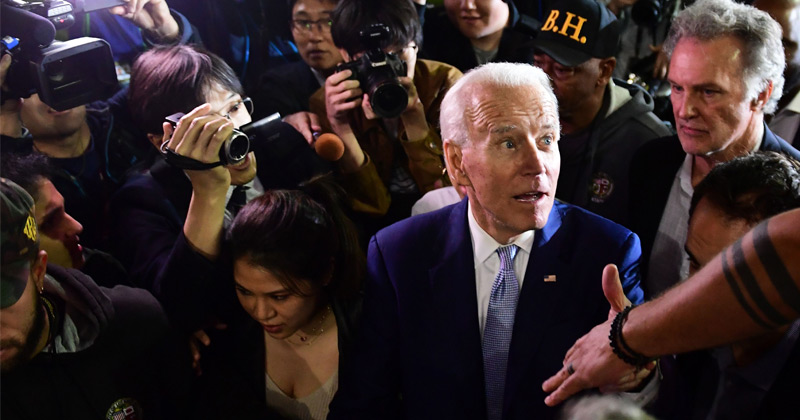 The March 6 article published by the Washington Monthly tries to downplay the suggestion that the 77-year-old Biden, a survivor of brain surgery, is going through a cognitive decline which could explain his verbal stumbles and other odd behavior on the campaign trail.

According to the article:

We are about to be subjected to a massive disinformation campaign against Joe Biden, and this one will be particularly pernicious. But for those of us who are fact-based, it is important to keep in mind that there is no data to support the allegations that are being made.

But then here’s this little juicy tidbit from the same article (with emphasis added):

The second piece of evidence to consider is that in December, Biden released a three-page summary of his medical history in which “his doctor declared he is a ‘healthy, vigorous’ 77-year-old fully capable of taking on the role of president.” Here is what Stuart Jay Olshansky, a professor of public health at the University of Illinois at Chicago who analyzes the longevity of presidents, said about cognitive abilities after reviewing the report.

In other words, the article says don’t worry about Biden’s mental health because “his medical records did not indicate a cognitive impairment,” yet it also says that Biden’s cognitive functioning hasn’t been tested.

Of course, don’t expect the DNC to release any data suggesting Biden is suffering a cognitive decline any time soon, especially after the work likely done behind the scenes to ensure he got an upper hand on Bernie Sanders.

Then, in the same rally, he stumbled through The Preamble of the Declaration and forgot the word ‘equal’.

“We hold these truths to be self evident. All men and women created by the, you know, the thing…”

Additionally, if the campaign trail suffices as a “replacement” for a cognitive functioning test, as the professor seems to suggest, then wouldn’t Biden’s strange stumbles be a cause for concern by that logic?

Biden tells crowd he wants to increase premiums and make sure that healthcare is ‘not quality, but only affordable’… pic.twitter.com/fNhtcW7kxx

The steadfast, wilful refusal of Dem political & media elites to address what is increasingly visible to the naked eye — Biden’s serious cognitive decline — is frightening indeed, not only for what it portends for 2020 but what it says about the ease of snapping them into line: https://t.co/InZzCja99x

In fact, it might have been Bernie Sanders supporters who first brought it to prominent attention.