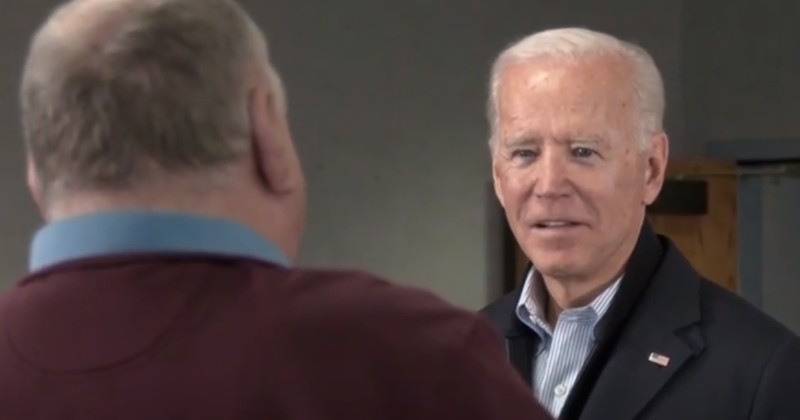 Democrat presidential candidate Joe Biden is propped up by donor Bernard Schwartz, whose donations to former President Bill Clinton’s political infrastructure in the 1990’s allowed Schwartz to sell his U.S. satellite technology to China to use on Chinese rockets.

Schwartz, chairman of BLS Investments, recently donated $100,000 to the pro-Biden super PAC Unite the Country. Schwartz donated between $500,000 to $999,999 to the now defunct Biden Foundation, which Biden oversaw during his perfunctory pre-presidential run public speaking period. Biden topped $15 million in income after 2016, according to a 2019 New York Times report. Schwartz was instrumental in pressuring Nancy Pelosi and Chuck Schumer to engineer the plot that led to Biden becoming the presumptive nominee instead of insurgent socialist Bernie Sanders.

Biden faces questions about his son Hunter’s partnership with a Chinese government-backed investment firm, which Hunter got involved with less than two weeks after a vice presidential state trip on which he introduced his dad Joe to the eventual Chinese CEO of the firm. That Hunter Biden-partnered investment firm invested in a Chinese nuclear energy company that presents a massive problem for Biden because the American DOJ charged it with espionage in 2016 for stealing secret American nuclear information. Amazing!

The Phyllis Schlafly Report wrote in 1998:

“In June 1994, the CEO of Loral Space and Communications, Bernard Schwartz, made a $100,000 contribution to the Democratic National Committee. He then joined a Ron Brown trip to China that led to a $250 million telecommunications deal for Loral’s satellites to be launched by Chinese rockets.

In October 1994, Clinton lifted the sanctions he had imposed on China for selling missile technology to Pakistan. In early 1995, Schwartz sent a letter to Clinton urging that responsibility for satellite-export licenses be shifted from the State Department to the Commerce Department. Meanwhile, both Schwartz and Johnny Chung made more huge donations, in excess of $100,000, to the Democratic Party.

On February 6, 1996, despite reports that China continued to export nuclear technology to Pakistan and missiles to Iran, and over the objections of our State and Defense Departments, Clinton signed waivers for four U.S. satellites to be launched by Chinese rockets. On the very same day, Wang Jun (a “Chinese arms dealer”) attended one of Clinton’s now-famous campaign coffees in the White House and spent some time in Ron Brown’s Commerce Department office. Wang Jun owns a huge stake in a Chinese enterprise that benefited from Clinton’s waivers, China International Trade and Investment Corporation.

On Feb. 15, 1996, the Chinese rocket launching a $200-million Loral satellite blew up. Without telling the U.S. Government, Loral scientists prepared a 200-page report advising China how to improve the guidance of its missiles and forwarded this helpful advice to China without Pentagon approval.

The rationale for allowing U.S. satellites to be launched by Chinese rockets is that the technology is safely locked up in a black box, and Americans monitor the launch to assure that it stays secured. But when the Loral rocket blew up, the parts were scattered. The Pentagon refused comment on the Drudge report that the Loral engineers who reviewed the recovered debris said that the encryption hardware was missing.

U.S. intelligence has reported that China has targeted 13 of its 18 CSS-4 long-range missiles against U.S. cities. The CIA says that China’s targeting was made more accurate by Loral’s unauthorized help. The Justice Department started a criminal investigation of Loral, and the State Department warned that Loral’s actions were “criminal, likely to be indicted, knowing and unlawful.”

In March 1996, despite the objections of Secretary of State Warren Christopher, the Defense Department and our intelligence agencies, Clinton personally transferred jurisdiction over satellite-export licensing from the State Department to his pal, Commerce Secretary Ron Brown. Meanwhile, Bernard Schwartz stepped up his contributions to the Democratic Party and became the largest single contributor in the 1996 election cycle. Clinton signed another waiver this year to allow Loral Space to export a satellite that is scheduled to be launched by the Chinese in November.

Congress is finally starting to realize that American national security is at stake. On May 20, the House voted 364 to 54 to ban the export of all satellites to China. And, by 417 to 4, the House passed a resolution warning Clinton not to enter into any new agreements with China involving space or missile technology during his forthcoming trip to Beijing. The resolution also rebuked Clinton by declaring that his decision to issue the waiver to Loral Space and Communications earlier this year was “not in the national interest of the United States,” and instructed the President to indefinitely suspend all U.S. satellite exports to China, including a pending Loral deal.

The fact that Clinton personally issued the waivers to allow shipments of U.S. technology that greatly improved the accuracy and reliability of Communist China’s missiles is grounds for impeachment, regardless of whether or not there was any quid pro quo for those decisions. U.S. space technology was just what China needs to make intercontinental ballistic missiles and point them more accurately at U.S. cities. And he did it despite the objections of the U.S. State Department, Defense Department, Justice Department, and intelligence agencies.

Because China shared U.S. technology and equipment with Pakistan, Clinton is also responsible for India starting the nuclear race in Asia. India has fought three wars with its neighbor, Pakistan, since the end of World War II and looks upon Pakistan’s new military capabilities as a direct threat.

Clinton’s policy decisions were, on their face, damaging and dangerous to U.S. national security. And the calendar provides an ominous frame of reference. When Clinton’s policy decisions that dramatically benefited China’s military capability and Loral’s profits, and the hundreds of thousands of dollars of campaign donations from the Chinese government and from Loral, are all placed on the calendar, the sequence shows a pattern of corruption that cannot be ignored. That’s the real campaign finance scandal.”