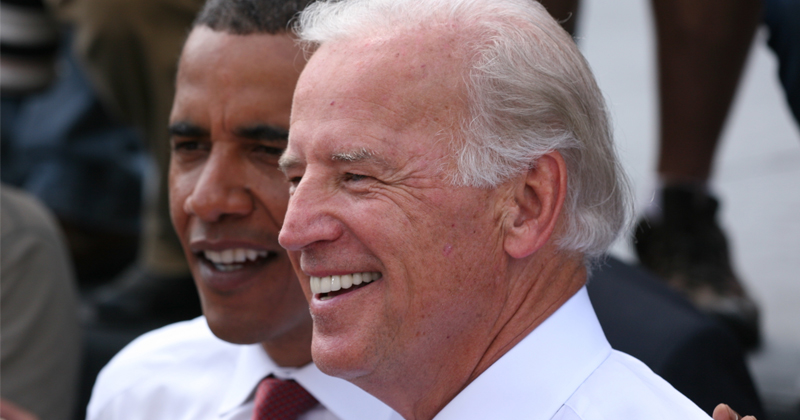 Americans who think they’re done with Barack Obama may want to think again if Joe Biden wins in 2020.

The former vice president — and Obama’s top deputy — told The Late Show host Stephen Colbert that he would nominate the former president to the Supreme Court if he wins the presidency next year.

.@colbertlateshow asks Biden if he would appoint Obama to the Supreme Court pic.twitter.com/aNTppoVSu3

When asked if he’s called Obama for advice, Biden said he’s talked to “Barack” a three or four weeks ago.

“Would you appoint him to the Supreme Court?” Colbert asked flatly.

“Hell yes,” he responded as the audience cheered.

“I don’t think he’d do it, but I…” Biden trailed off as Colbert made the pitch.

“He’s a constitutional professor at the University of Chicago,” Colbert said.

When asked if he’s spoken to Michelle Obama for advice, Biden said, “Only to be my vice president, I…” he said, again trailing off as the crowd went wild.