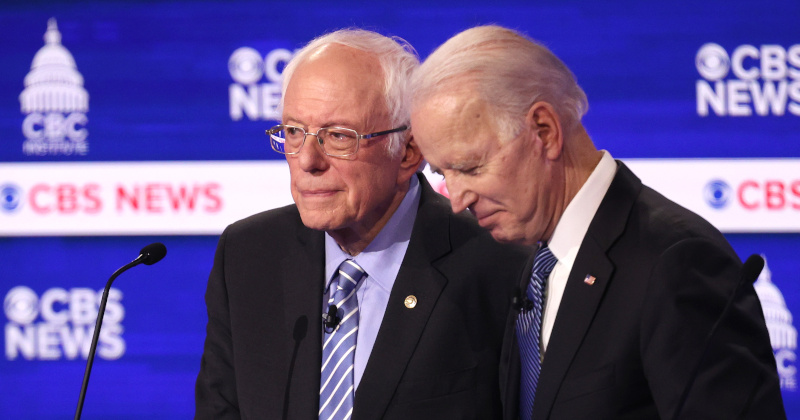 Voters in six U.S. states cast ballots Tuesday in the race for who will be the Democratic Party’s presidential nominee.

Michigan is the biggest prize in Tuesday’s voting with 125 delegates at stake.

Elections are also being held in Washington, Missouri, Mississippi, Idaho and North Dakota.

The contests are the first since last week’s Super Tuesday batch of states when the selection process transformed from smaller states holding votes one at a time to multiple states spread across the country voting at the same time.

Sanders won California, the biggest state, but it was Biden who emerged as the front-runner by winning 10 of the 14 states last week.

“You know, just over a week ago, the press and the pundits had declared his campaign dead. Then South Carolina spoke. Then Super Tuesday spoke and the turnout was incredible,” Biden told a crowd Monday in Detroit. “And now tomorrow, Michigan, Mississippi, Missouri, North Dakota, Idaho, Washington State you will be heard. And Michigan, I’m counting on you in a big way.”

Biden entered Tuesday leading with 670 pledged delegates so far, ahead of Sanders and his 574 delegates, according to Associated Press estimates.

Sanders says his progressive campaign is what the country needs more than the moderate positions of Biden, and that he is the best challenger for Trump in the November national election.

“My point here is to ask you to think that in a general election, which candidate can generate the enthusiasm and excitement and the voter turnout we need? So if, if you want to defeat Trump, which all Democrats do, and a majority of independents and some Republicans do, we are that campaign,” Sanders told his supporters in Missouri.

A candidate needs 1,991 delegates to secure the nomination, which will not be officially decided until Democrats hold their national convention in July.

Biden and Sanders are scheduled to debate each other next Sunday ahead March 17 elections in Florida, Illinois and Ohio.