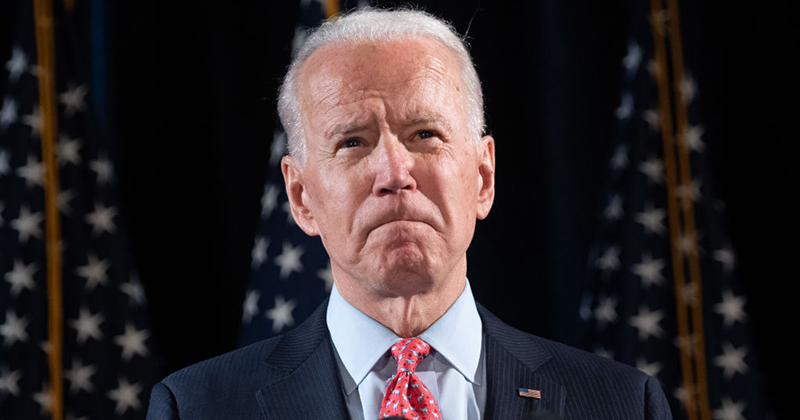 Former Vice President Joe Biden, currently the presumptive 2020 Democrat presidential nominee, was one of several high level Obama administration officials who requested the “unmasking” of Gen. Michael Flynn, according to a letter from acting Director of National Intelligence Richard Grenell.

The document, released Wednesday by GOP Sens. Ron Johnson (R-Wisc.) and Chuck Grassley (R-Iowa), showed a list of names of Obama-era intelligence officials who were involved in the unmasking of Gen. Flynn’s name in intelligence reports.

“I declassified the enclosed document, which I am providing to you for your situational awareness,” Grenell wrote in his letter to the senators.

“Each individual was an authorized recipient of the original report and the unmasking was approved through NSA’s standard process, which includes a review of the justification for the request. Only certain personnel are authorized to submit unmasking requests into the NSA system. In this case, 16 authorized individuals requested unmasking for [REDACTED] different NSA intelligence reports for select identified principals. While the principals are identified below, we cannot confirm hey saw the unmasked information. This response does not include any requests outside of the specified time-frame.”

Among the persons involved in the controversial decision to spy on an incoming presidential administration is none other than presidential candidate Joe Biden, which begs the question: what did President Obama know?

Yesterday I wrote to DNI @RichardGrenell requesting the names of those who were involved in Gen Flynn’s unmasking. Today I received the shocking reply that @JoeBiden and many others knew! What did President Obama know? I am inviting DNI Grenell to testify next week in the Senate pic.twitter.com/IHpGjeVWwM

Sen. Rand Paul (R-Ky.) pledged to get to the bottom of President Obama’s involvement, declaring on Twitter, “I am inviting DNI Grenell to testify next week in the Senate.”

"Vice President Biden is guilty of using government to go after a political opponent."

The Senate must immediately hold hearings on this! Clapper, Comey, Brennan and even Biden owe it to the American people. They should testify under oath. What did the former president know?

Biden’s request to unmask Flynn appears to have been made on Jan. 12, 2017, after the 2016 presidential election on November 8, but before the presidential inauguration on Jan. 20, 2017.

The list comes as Biden in an interview with Good Morning America first claimed he knew “nothing about those moves to investigate Michael Flynn,” only to later acknowledge that he was indeed aware.

“I thought you asked me whether or not I had anything to do with him being prosecuted,” Biden clarified to ABC’s George Stephanopolous. “I’m sorry. … I was aware that there was—that they asked for an investigation, but that’s all I know about it, and I don’t think anything else.”

The Michael Flynn case has exposed the deep state corruption in the FBI and now Owen calls for the traitors to be arrested themselves.

What was once speculation of the obvious has become the facts that have the left scrambling.