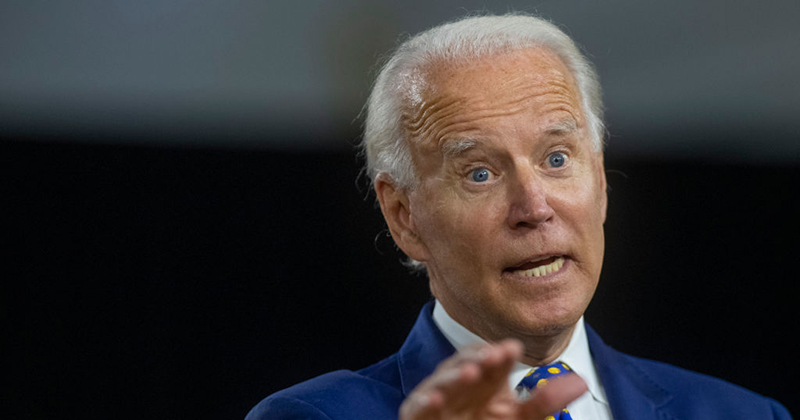 Biden wrote “One year ago, just hours after the massacre in El Paso, nine precious lives were cut short in Dayton. In the wake of the tragedies, Donald Trump promised the most modest of gun safety policies, then caved to the NRA and failed to deliver.”

He continued, “As president, I’ll take on the powerful gun lobby to pass universal background checks, ban assault weapons and high-capacity magazines, and close loopholes to keep guns out of dangerous hands. We can and will end our gun violence epidemic.”

As president, I’ll take on the powerful gun lobby to pass universal background checks, ban assault weapons and high-capacity magazines, and close loopholes to keep guns out of dangerous hands. We can and will end our gun violence epidemic.

Biden neglected to mention the fact that the shooter in the case he cited passed a background check.

A report in the Texas Tribune noted that the shooter’s weapon was “bought legally.”

Biden’s pledge to ban “assault weapons” and “high-capacity magazines” is also a tired cliche that has been proven to have little to no effect on violent gun crime, given that both are banned in Chicago, for example, yet the city has experienced a 139 percent surge in murders over the past year.

Owen breaks down a possible money laundering scheme connected to Joe Biden and the Ukraine.

Even the Washington Post admits that Biden’s gun control proposals will do nothing to curb gun violence, but will  “disproportionately impact poor and working-class communities” by adding large fees and taxes on purchases of firearms.

Biden’s assertions on gun violence have been at best shaky, and at worst outright lies. For example, stating that 150 million Americans have been killed by guns since 2007.

When challenged on his extreme gun control proposals by a working class American recently, Biden launched into a profanity laced tirade, telling the man he was “full of shit,” and that he shouldn’t “be such a horse’s ass.”