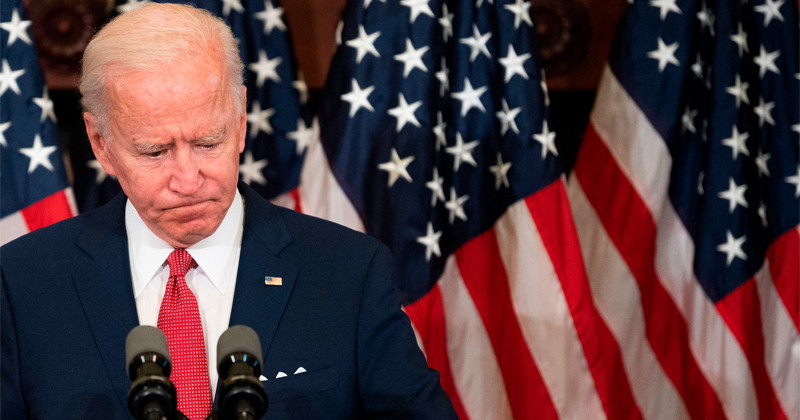 Former VP Joe Biden had a ‘basket of deplorables’ moment on Thursday, when he suggested that “probably anywhere from 10 to 15 percent of the people out there” are “just not very good people.”

“The words a president says matter, so when a president stands up and divides people all the time, you’re going to get the worst of us to come out,” Biden said during a discussion moderated by actor Don Cheadle – who failed to ask him why he thinks black Trump supporters ‘ain’t black.’

“Do we really think this is as good as we can be as a nation? I don’t think the vast majority of people think that,” Biden added.

Joe Biden says that about "10 to 15 Percent" of Americans are "not very good people." pic.twitter.com/xwd1W6tLrr

It was unclear whether Biden was referring to Trump voters, or young Democrats rioting across the country following the death of George Floyd – a Black man who died after white Minneapolis police officer, Derek Chauvin, knelt on Floyd’s neck for over eight minutes.

Chauvin now faces a second-degree murder charge – upgraded from third degree murder as a spate of looting, vandalism, shootings and arson has gripped the nation in response to Floyd’s death.

“I’m a white man,” Biden said. “I think I understand but I can’t feel it. I feel it but I don’t know what it’s like to be a black man walking down the street and be accosted, or to be arrested or, God forbid, something worse.”

Biden also made sure everyone knew, three times, that ‘the act of protesting should never overshadow the reason for the protest.’

Despite the assistance of notes, Joe Biden repeats himself 3 times in less than 1 minutehttps://t.co/6S02V7yp2h pic.twitter.com/kTfYrUAdtZ

The debates are going to be fun, if Biden makes it that far.