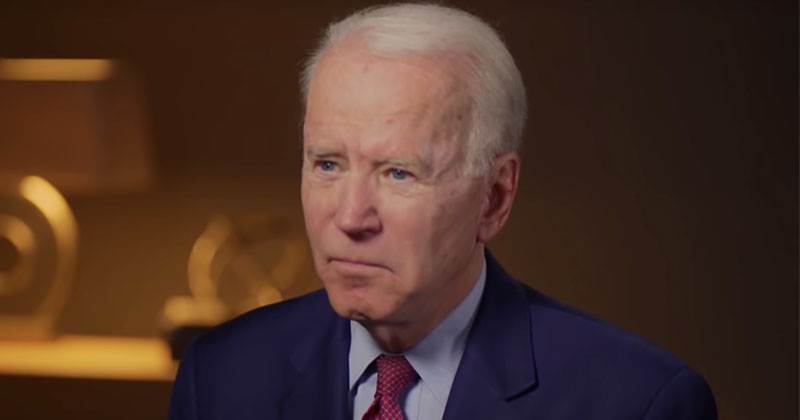 Biden explained that he voted to go to war with Iraq so the U.S. could prevent a war. Yes, you read that right.

“Look, the reason I voted the way I did was to try to prevent a war from happening because, remember, the threat was to go to war,” Biden told host Lawrence O’Donnell on Monday.

“The argument was, because Saddam Hussein had weapons of mass destruction, so he said that ‘I need to be able to get the [National] Security Council to agree to send in inspectors to put pressure on Saddam to find out whether or not he’s producing nuclear weapons.”

But video from 2003 shows that Biden lied on MSNBC — he did believe Hussein had WMDs and he was enthusiastic to take the U.S. to war.

And in 2001, just months after the 9/11 terror attacks, Biden told “Meet The Press” that Hussein did have “biological and chemical weapons” and must be confronted militarily.

So @JoeBiden lied to @Lawrence on @MSNBC when he said he "didn't believe [Saddam] had those weapons of mass destruction."

Here's Biden on 'Meet the Press' just weeks after 9/11 saying the exact opposite – & also seeming to suggest 9/11 was a justification for attacking Iraq (!) pic.twitter.com/6oNaGLrRt4

It appears Biden can’t keep his lies straight anymore as his mental acuity continues to deteriorate leading up to the election.

Owen looks at a recent article where Joe Biden is described as a healthy and vigorous man.