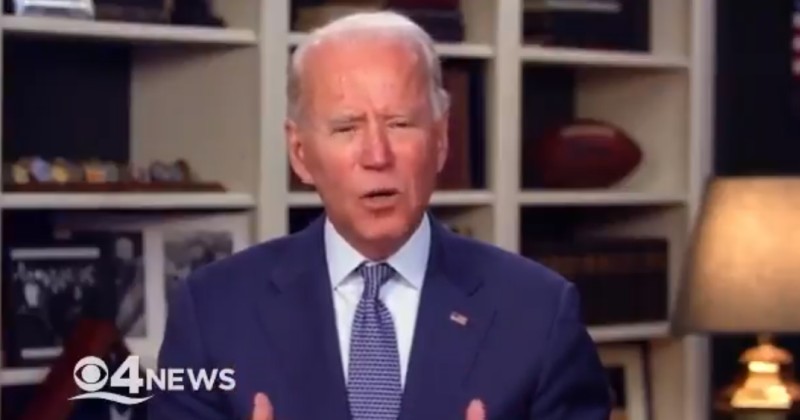 Presidential candidate Joe Biden made another embarrassing gaffe when he said that the world needed more “economic intercourse.”

Biden was asked by host Jim Defede if he would restore funding to the World Health Organization as president.

“Yes, I will. But I will also insist that we do what we were doing before. We set up a pandemic office in the White House, President Obama. We had CDC, the folks for Centers of Disease Control stationed in other countries to anticipate when we might see a virus coming, a pandemic coming, because there’s going to be more of these,” said Biden.

.@JoeBiden: What we need is more “economic intercourse” pic.twitter.com/zLa8hqspC0

“I would be much more engaged in the world. We can’t step back. If, in fact, for example, we solve the problem in the United States of America and you don’t solve it in other parts of the world, you know what’s going to happen. You’re going to have travel bans, you’re going to not be able to do, have economic intercourse around the world.”

And there we have yet another example of why Biden’s team appears keen on restricting his public appearances.

Last week, Norwegian psychiatrist Fred Heggen claimed that Biden is suffering from “dementia” and that his condition has worsened “at galloping speed.”

Biden made so many gaffes on the campaign trail, they are too numerous to mention.

He also recently asked a perplexed Al Gore, “is it too late to aggress climate change?”