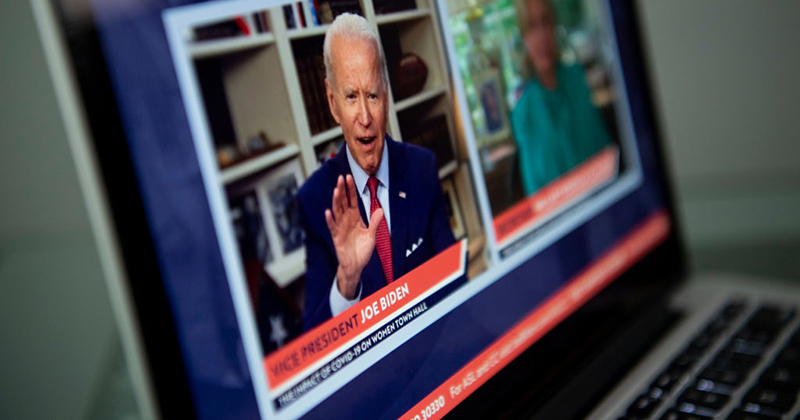 Update (1745ET): The day just keeps getting better and better. The left is now moving the goalposts, parroting the new talking point that: ‘sure, Biden unmasked Flynn – but that just goes to show how concerned everyone was about him.’

He then deleted the tweet and issued a statement accusing President Trump of “dishonest media manipulation to distract from his response to the worst public health crisis in 100 years,” adding that the documents “simply indicate the breadth and depth of concern across the American government — including among career officials — over intelligence reports of Michael Flynn’s attempts to undermine ongoing American national security policy through discussions with Russian officials or other foreign representatives.”

Somehow their response failed to include why Biden tried to lie on Tuesday about knowledge of the Flynn investigation.

Watch as Joe Biden and the rest of the Obama administration degenerates are exposed now that acting DNI director Richard Grenell has released the names of officials that asked for NSA unmasking in the days leading up to the Trump administration.

Update (1635ET): It did not take long for the liberalati to try and distract from what just dropped and to turn their cognitive dissonance up to ’11’. None other than Ben Rhodes quickly ranted:

“The unconfirmed, acting DNI using his position to criminalize routine intelligence work to help re-elect the president and obscure Russian intervention in our democracy would normally be the scandal here…”

“This is the best they’ve got–to complain about transparency.“

But perhaps most notable is the fact the unmasking involved here occurred BEFORE the Kislyak call that was supposedly triggered the move against Flynn et al.

Another riddle we are sure Messrs. Biden et al. will quickly mumble-splain.

#FLYNN unmasking docs include these key details “Each individual was an authorized recipient of the original report and the unmasking was approved through NSA's standard process..While the principals are identified below, we cannot confirm they saw the unmasked information." pic.twitter.com/vz9W3uHPSz

The revelation comes after Biden was caught trying to lie about his knowledge of the Flynn investigation during a Tuesday morning interview – changing course after host George Stephanopoulos pointed out his documented attendance at a January 5 Oval Office meeting in which key members of the Obama administration discussed the ongoing investigation into Flynn’s intercepted contacts with the Russian ambassador.

Notably, Obama asked Comey to conceal the FBI’s investigation from the incoming administration.

Declassified documents reveal V.P. Biden ordered the unmasking of General Flynn’s private conversation.
Anyone think that Biden might have abused his power to go after a political opponent…

The Senate must immediately hold hearings on this! Clapper, Comey, Brennan and even Biden owe it to the American people. They should testify under oath. What did the former president know?

As we have previously noted, “unmasking” is a term used when the identity of a U.S. citizen or lawful resident is revealed in classified intelligence reports. Normally, when government officials receive intelligence reports, the names of American citizens are redacted to protect their privacy. But officials can request that names, listed as “U.S. Person 1,” for example, be unmasked internally in order to give context about the potential value of the intelligence. Unmasking is justified for national security reasons but is governed by strict rules across the U.S. intelligence apparatus that make it illegal to pursue for political reasons or to leak classified information generated by the process.

Last week, Acting Director of National Intelligence Richard Grenell visited the Justice Department with the list of unmaskers, which the DOJ effectively said was up to him to release, according to a Fox News report.

After Obama National Security Adviser Susan Rice was outed as the ringleader of an unmasking campaign, the Wall Street Journalreported that she wasn’t the only administration official to participate in Flynn’s unmasking.

The new disclosure comes after the FBI was revealed to have attempted to ensnare Flynn in a perjury trap, despite the agency’s own DC field office suggesting that the case be closed.