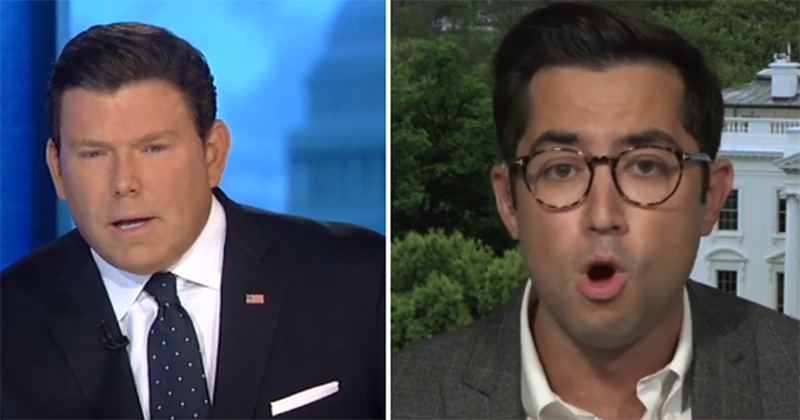 Joe Biden’s National Press Secretary, TJ Ducklo, just gave a trainwreck of an interview on Fox News – where he shifted between anti-Trump talking points and backpedaling defensively over simple questions, such as Biden’s reliance on teleprompters and what the former VP would have done better than Trump in terms of the national response to COVID-19.

Perhaps the most jaw-dropping moment was when host Bret Baier asked Ducklo a simple question over Joe Biden’s use of telepromptersthat goes back to at least July:

“Has Joe Biden ever used a teleprompter during local interviews, or to answer Q&A with supporters?” asked Baier, to which Ducklo launched into a defensive tirade – accusing Baier of parroting Trump campaign talking points, and “trying to distract the American people.”

Has Joe Biden ever used a teleprompter during a TV interview?

TJ Ducklo refused to answer and instead had a meltdown. Disaster of an interview for the Biden campaign. pic.twitter.com/OEyi2eb31L

Ducklo has been answering questions over Biden’s teleprompter use since at least July – when he said the notion that the former VP is using them to answer questions is “laughable, ludicrous, and a lie.”

Yet, here he is earlier in the week doing just that:

Owen covers President Trump’s press conference in which he boldly calls out Obama for his treasonous behavior!

Earlier in the interview with Ducklo, Baier asked what Biden would have done differently in the early stages of the COVID-19 pandemic– since a new campaign talking point is that President Trump mishandled the virus, the Biden spox went into defensive overdrive – robotically barking anti-Trump talking points without actually answering the question.

Video: Here's just a sample of the back-and-forth between Fox News Channel's @BretBaier and TJ Ducklo from the Biden campaign. Baier repeatedly asked the simple question of what Biden would have done differently on COVID, and Ducklo accuses him of being a Trump campaign stooge pic.twitter.com/kQw9PZJAUk

If Biden’s National Press Secretary can’t answer simple questions without deflecting, how will the former Vice President perform in a debate? And as some have half-joked (or not), will Biden even show up?