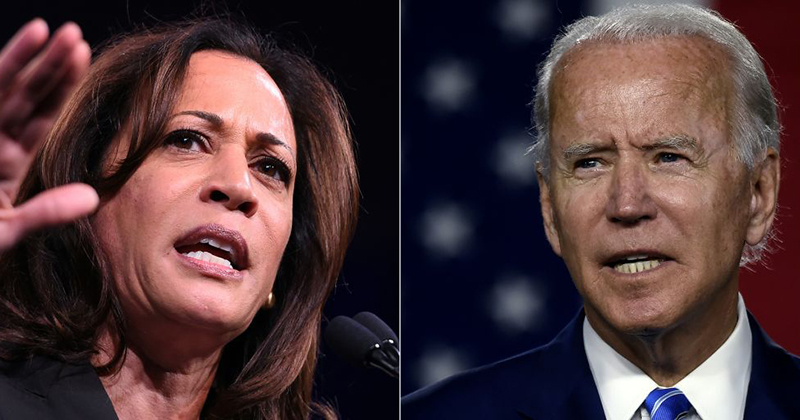 Joe Biden was threatened into picking Kamala Harris as his running mate by Democratic operatives who specifically told him that if he didn’t pick a black woman for the role, he would lose the election.

According to a POLITICO report earlier this week, panic set in among Democrats when Biden held a meeting with Michigan governor Gretchen Whitmer, clearly seeing her as a candidate for the role.

Rollins reasoned that Whitmer isn’t appealing to the black community in Michigan.

“There are a lot of Black people mad at her [Whitmer] in this state,” Rollins stated, citing the Flint water debacle.

Whitmer has also become highly unpopular among a large portion of voters due to her draconian coronavirus lockdown policies.

Among other questionable actions, the governor used the state’s emergency alert system to order residents to wear face masks, after issuing an executive order mandating the masks.

The Democratic operatives in Biden’s ear seemingly convinced him that the only way to secure swing voters in key states is to have a black woman standing behind him.

“As Biden prepares to announce his choice this week, Black women activists and operatives have launched an eleventh-hour campaign to pressure him. In a pair of open letters Monday and last week, they made the case that he needs strong African American turnout in swing states like Florida, Michigan, Wisconsin, and Pennsylvania to win,” POLITICO noted.

California Senator Kamala Harris likely wasn’t even the first choice of black women, with multiple reports suggesting that former Obama administration United Nations ambassador Susan Rice was the favourite. For whatever unknown reason, that didn’t pan out, so Biden picked Harris instead, a choice that already has many Americans worried, given her track record, and Biden’s deteriorating state.