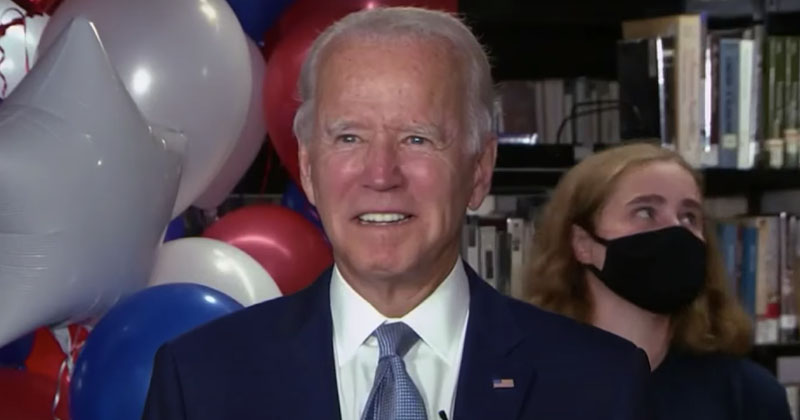 The Democratic Party officially nominated Joe Biden for president Tuesday night, in what will surely become known as one of the most awkward and bumbling moments in political history.

After the delegates invited Biden to deliver an acceptance speech, video panned to Biden staring blankly off-camera from Delaware’s Brandywine High School library before he launched into his short, stammering speech — which lasted only 8 seconds.

“Well thank you very, very much,” Biden said as the song “Celebration” by Kool & The Gang played in the background.

Many of the virtual delegates were then seen clapping on Zoom.

Biden’s stumbling, brief, and halting “acceptance speech” stands in stark contrast to Trump’s dramatic 2016 acceptance speech entrance at the RNC, which was considered one of the most theatrical events in American political history.

This is just par for the course for Biden, who has routinely demonstrated his faltering cognitive abilities almost every time he’s been interviewed this election cycle.

In fact, his mental decline is so obvious that 59% of the American electorate believes that Biden won’t be able to finish his first term in office if elected.

Owen watches Trump’s presidential campaign in Arizona, and compares it to the ongoing clown show of the DNC.