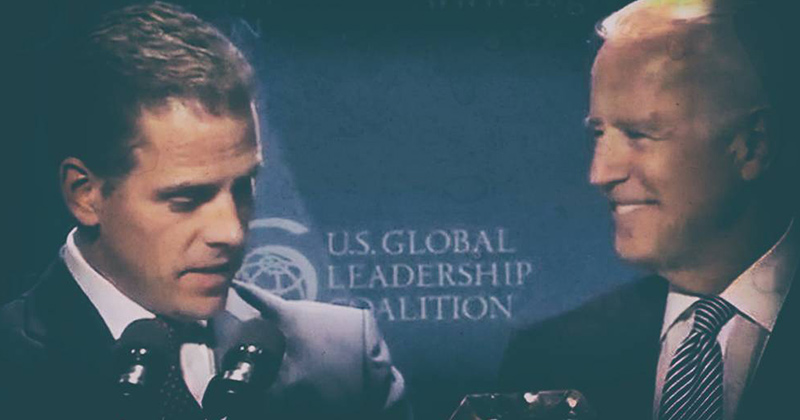 Even after Joe Biden’s come from behind primary victories, winning in Michigan, Missouri and Mississippi, bringing the Bernie Sanders campaign to a standstill despite Biden’s total disregard for the hearts and minds of the valid concerns of the very factory workers Biden claims to identify with and the media cover he has received regardless of a steady diet of gaffes and arrogance, Joe Biden is still walking a tightrope that many with the help of the mockingbird media would choose to ignore.

With all eyes on Biden, his past will eventually catch up with him via his son Hunter.

Besides his tax returns, Hunter Biden has also failed to disclose his financial records concerning a child support case he is distancing himself from involving Lunden Alexis Roberts, the mother of 50-year-old Hunter’s child.

So in the midst of Joe’s victory celebrations, Hunter is scheduled for a deposition this week regarding a simple child custody case that could open up a can of worms exposing himself and his father’s shady dealings with the corrupt Ukrainian Burisma Holdings.

Not to mention a recent FOIA lawsuit filed by Judicial Watch regarding all communications between the Obama/Biden White House legal and National Security Council Staff and the U.S. Embassy in Kyiv regarding Burisma.