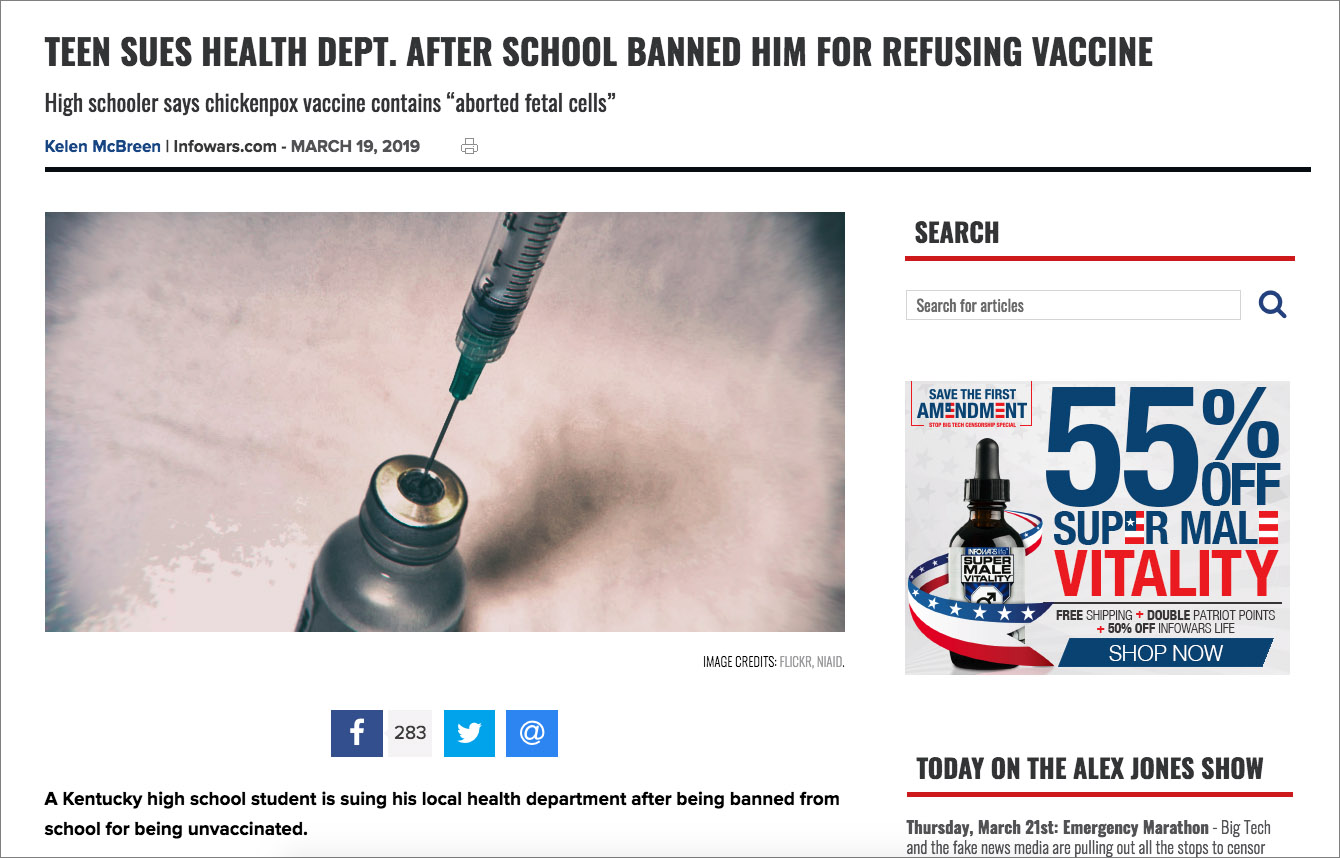 Kentucky’s Republican Gov. Matt Bevin made headlines after revealing he purposely exposed his nine children to chickenpox during an interview with Bowling Green radio station WKCT on Tuesday.

“Why are we forcing kids to get it?” he continued. “If you are worried about your child getting chickenpox or whatever else, vaccinate your child. … And in many instances, those vaccinations make great sense. But for some people, and for some parents, for some reason they choose otherwise.”

The governor addressed his stance on vaccinations as his home state of Kentucky is in the midst of a controversy about students being banned from school for being unvaccinated.

Click the screenshot below to read more about a Kentucky high schooler’s battle for religious freedom:

Governor Bevin and his wife, Glenna, have nine children, four of whom are adopted.

Despite the fact that most people alive today were naturally exposed to chickenpox as children, the establishment is pushing vaccination as a safer alternative while condemning those who choose not to.

Addressing parents who opt-out of the chickenpox vaccine, Dr. Robert Jacobson, a Mayo Clinic pediatrician, said, “I would never recommend or advise it. It’s just dangerous.” 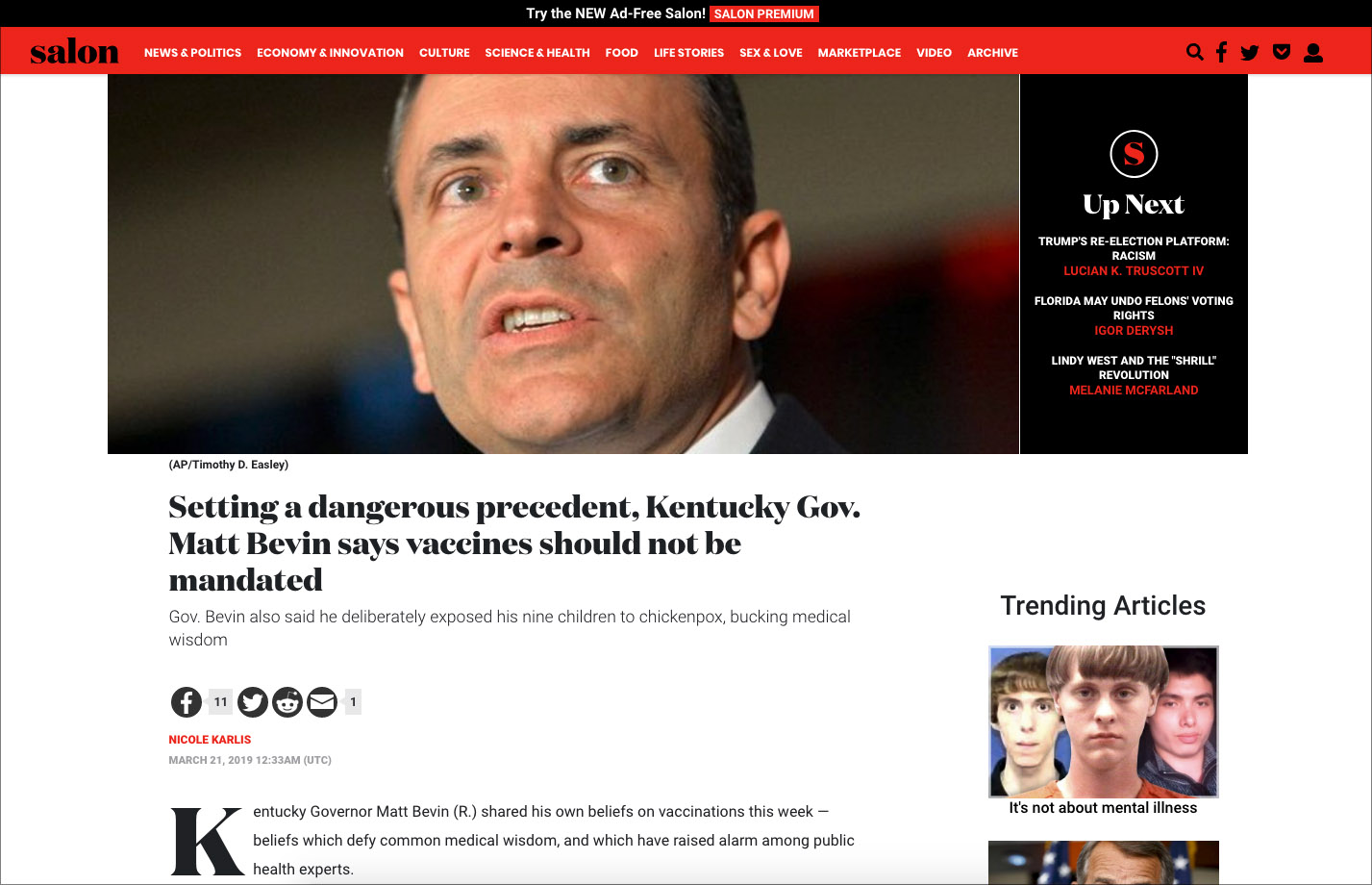 According to the CDC website, “chickenpox can be serious and can lead to severe complications and death, even in healthy children.”

Less than 100 people die from chickenpox every year in the United States, however, the number of vaccine-related deaths is unknown.

What is known is that a secret federal vaccine court has paid billions of dollars to victims of vaccine injuries.

Even Salon, the same leftist publication now pushing for mandated vaccinations, admitted just months ago that over 6,000 injury and death claims have been compensated since 1989. 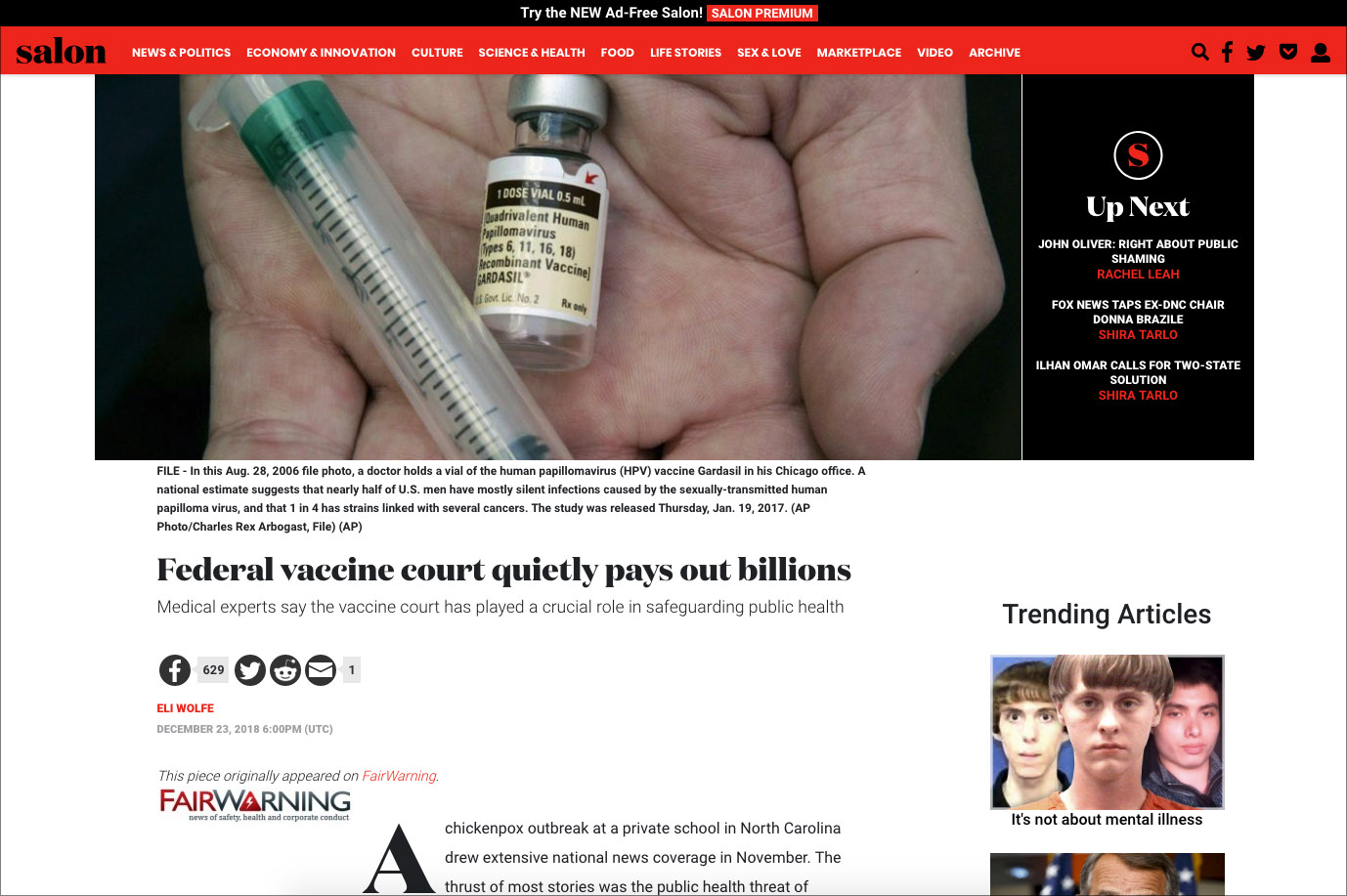 The vaccination debate is heating up and Governor Bevin’s stance against forced vaccinations is sure to infuriate authoritarians who wish for them to be made mandatory.

It has become abundantly clear to anyone questioning the science and statistics generated by the vaccine industry that they will be silenced by the Gods of Silicon Valley.

A logical adult conversation about the pros and cons of vaccines is no longer an option.

Authoritarian disregard that roughly 4 billion dollars has been quietly doled out from vaccine-related injuries according to the National Vaccine Injury Compensation Program.