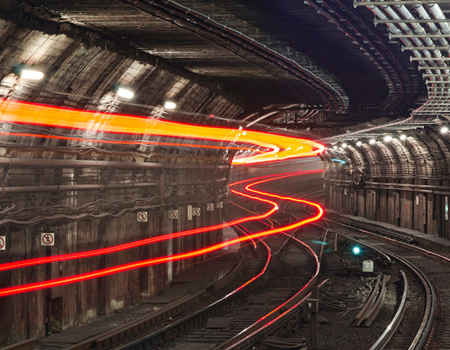 The Department of Homeland Security will begin releasing a dead bacteria into the Boston subway tomorrow in an operation it says will test sensors designed to detect biological agents that could be released as part of a terrorist attack.

Little is known about what exactly the bacteria consists of, and the DHS has not been very forthcoming with information, saying only that it is a “non-infectious” material that has been “approved as a food supplement”.

The tests will begin Wednesday and will be held periodically over the next year at the Harvard and Porter Square stations in Cambridge and the Davis Square station in Somerville.

“A rapid alert from a detection system can locate and identify these materials and provide for immediate and appropriate response to protect people and contain the hazard,” stated DHS scientist Anne Hultgren in the agency’s press release.

“This detection system will be one of the first such installed in the country, and, if it proves to be effective, could serve as a model for other mass transportation venues throughout the nation and the world,” said MBTA Transit Police Chief Paul MacMillan in the joint press release Monday.

Back in May when the plan was announced, Federal officials said that they were to release a bacteria called B-subtilis, noting that it “has been rigorously tested and has no adverse health effects for low exposure in healthy people.”

What effect the tests will have on unhealthy people or those exposed to higher doses is unknown.

Given the federal government’s ominous record in releasing biological agents into subway systems and other transport hubs, it’s no surprise that this latest example is sure to cause consternation.

During a Senate hearing in 1977, it was revealed that the Pentagon had conducted numerous secret germ “attacks” on cities without public knowledge in an effort to test the threat posed by biological agents. These tests “may have caused outbreaks of disease which occurred in some of the test areas,” writes Leonard A. Cole, citing the Senate inquiry.

These “attacks” included a 1964-65 program carried out by the U.S. Army which involved unsuspecting travelers being sprayed with bacteria-laden mist at Washington’s National Airport.

Another example involved light bulbs containing Bacillus globigii that were dropped in the New York Subway by government scientists and allowed to contaminate the air. Similar tests were also conducted in the Chicago subway system, but when people started falling ill the connection with the tests was fudged because the government refused to keep track of the health effects of the released substance.

The hidden U.S. history of germ testing in general also serves as a warning that allowing the government to experiment with biological agents in public which it claims are perfectly safe has not always been a wise choice.

Project SHAD, a Cold War-era Department of Defense program in which veterans were exposed to deadly chemical weapons without their knowledge or consent, also represents a dark chapter in the U.S. government’s use of dangerous biological agents against its own people.

Since the 1940′s, the military and the CIA have conducted numerous “tests” on the American people, including the release of dengue fever carrying mosquitoes in Georgia and Florida, biological warfare tests on the civilian population in Puerto Rico, the release of bacillus globigii from a submarine on the port of Oahu, Hawaii, and dozens of other incidents, most of them classified.

There are countless other examples of the US  having illegally tested and used bio-weapons on its own citizens. The Tuskegee Syphilis Study and The Program F fluoride study being two more notable examples.

The Pentagon’s biowarfare program has long been in operation and US citizens have never been spared from experimentation. As we have previously noted, the government has admitted and apologized for such programs, but only after the facts are fully exposed. They are not sorry for carrying out the experiments, rather they are merely sorry for getting caught.

The history of U.S. government and military experimentation on American citizens and the innumerable deaths and illnesses that occurred as a result underscore the fact that trusting the Department of Homeland Security, which has proven itself to be one of the most corrupt and secretive federal agencies in existence, to carry out such tests in public, no matter how “safe” the DHS claims them to be, is the height of stupidity.

Indeed, the DHS also claims its naked body scanning machines are “safe” despite being linked with cancer by numerous health authorities, and refuses to allow them to be independently tested, so why on earth should the federal agency be believed when it claims the bacteria it plans to release is harmless?