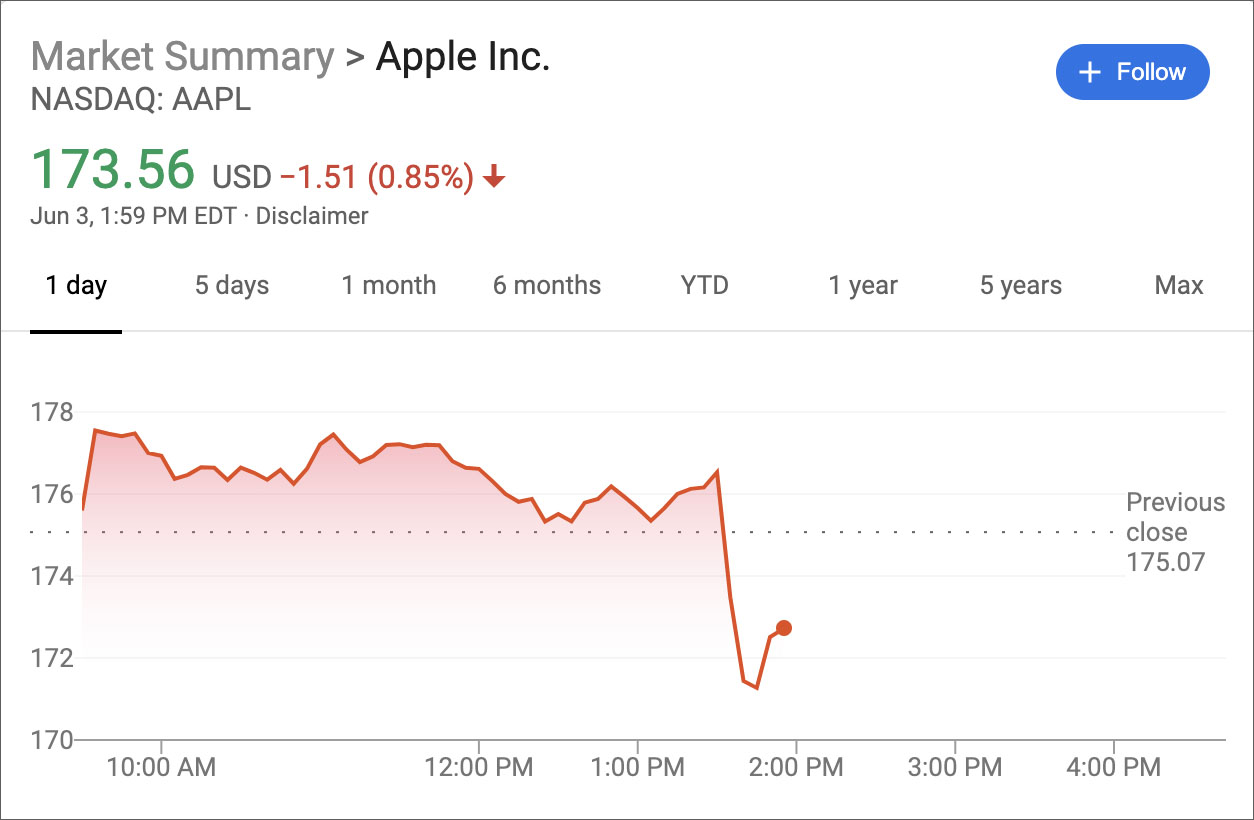 Big Tech stocks took a dive Monday after the Justice Department announced their intention to open anti-trust probes into several of the companies’ anti-competitive practices.

Apple, Google, and Facebook stocks collectively had billions in market value wiped out following the news that the Federal Trade Commission had secured jurisdiction to work with the DOJ on antitrust investigations into the platforms. 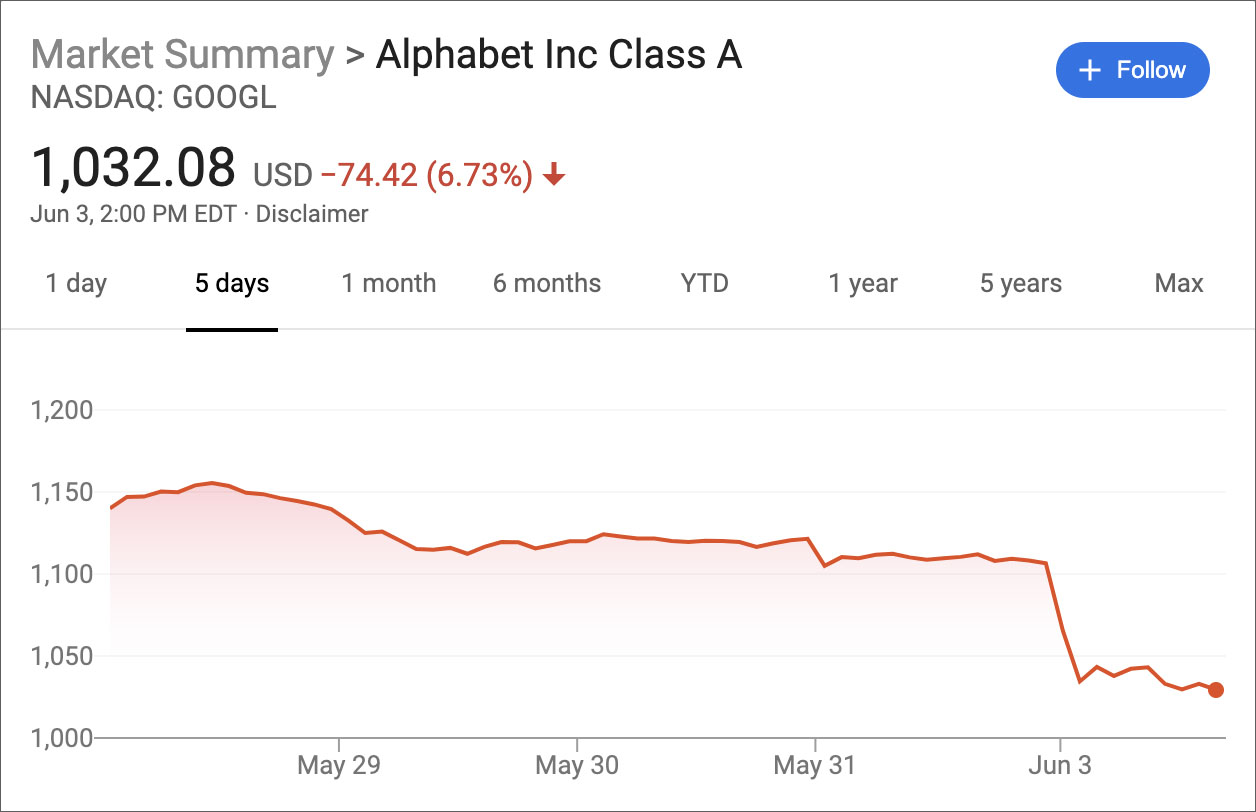 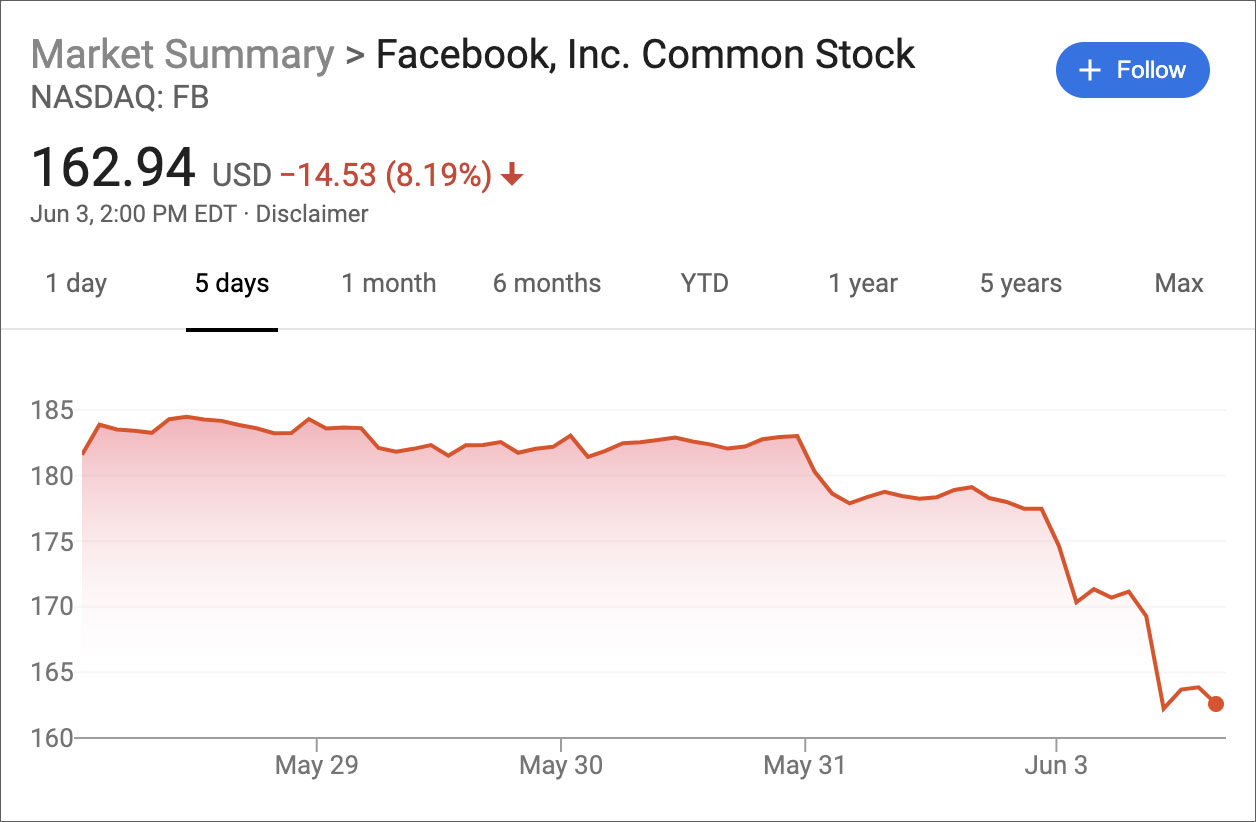 The Wall Street Journal reported Friday that the DOJ has “been laying the groundwork” for antitrust investigations into Google.

Analysis by Bank of America concluded that such antitrust investigations would take years and could impact the “long-term valuation” of these Big Tech companies.

“A DOJ probe would likely take more than 5 years to resolve and, if it were to happen, a breakup would be distracting for management, add [general & administrative] expenses, and potentially impact the long-term valuation creation by Alphabet companies that could be operated more cautiously,” Bank of America-Merrill Lynch analysts said in a note to clients.

“To break up Google…the DOJ would likely have to file a lawsuit and convince judges that Google has undermined competition,” the bank added.

“The misconduct lasted over 10 years and denied other companies the possibility to compete on the merits and to innovate,” said EU antitrust commissioner Margrethe Vestager in March.