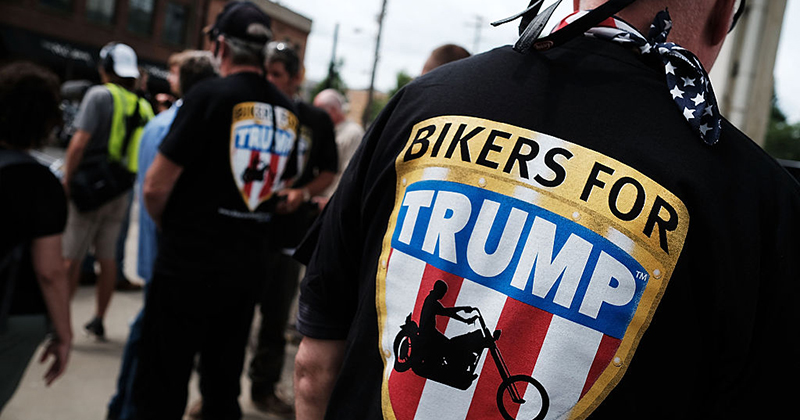 A Facebook event, purportedly run by Bikers for Trump, invites motor cycle enthusiasts from around the United States to descend on the Seattle Capitol Hill Autonomous Zone and reconquer the territory for the United States, in what may be described as a punitive expedition into the sovereign country.

Bikers for Trump leads a coalition that already has prominent groups from the American West Coast pledging to join together to recapture the autonomous zone, and claims that they had no right to “illegally” secede from the United States and form their own six-block nation.

Their punitive expedition is scheduled for July 4, 2020, the United States Independence Day. It is unknown if this date holds significance in CHAZ.

Revolution? The Clueless in Seattle idiots of CHAZ declare their independence of USA & Seattle, then make a list of demands – from whom? You won’t believe how they intend to defend themselves and provide food & water

On July 4th, Independence Day, a coalition of patriot groups and all who want to join are going to retake the Capitol Hill Autonomous Zone for America. Antifa members are illegally occupying public property and terrorizing small businesses in the neighborhood. American patriots have agreed to come together again, remove the barricades illegally obstructing traffic, and free the people in the zone.

You do not need a bike to join. Any and all patriots with all vehicles are coming to this event.
We are not going to hurt anybody, break the law etc. We are simply going to tear down the illegal barriers on public property, clean up the mess these communist kids made, and return the police station over to Seattle Police Department control.

The event also claims that the Oathkeepers, an American group of former military and law enforcement officials who pledge to uphold their oath to the U.S. Constitution, will be part of their expedition.

CHAZ, originally founded as an anarcho-syndicalist commune, appears to have descended into feudalism under its current warlord, Raz Simone,who leads a group of private police in the autonomous zone.

The Seattle Chief of Police also confirmed the existence of reports of a protection racket within CHAZ’s borders, indicating that Simeone’s private police may be expecting payment for their services.