Infowars spotted a surveillance truck operated by Austria’s Federal Ministry for Transport and Technology near the Interalpen Hotel, the site of Bilderberg 2015, as well as large antennas which were recently erected at the hotel and at least one giant antenna mast in the forest nearby.

Not only can the truck jam communications and kill cell service within the immediate area, but it can also capture digital data much like the “Stingray”-style surveillance vehicles deployed by U.S. police.

These vehicles are equipped with the latest in surveillance equipment that can intercept calls and text messages as well as determine the phone’s location. 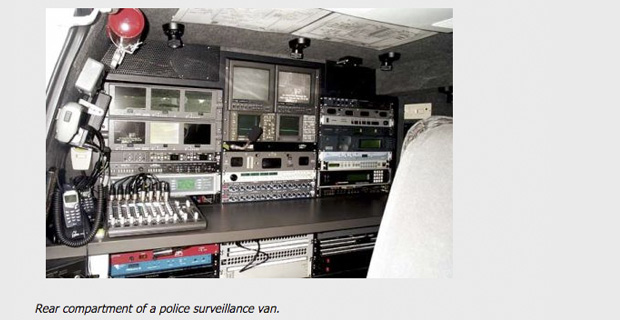 The most popular police surveillance equipment is sold under the brand name “Stingray” by the Harris Corporation. 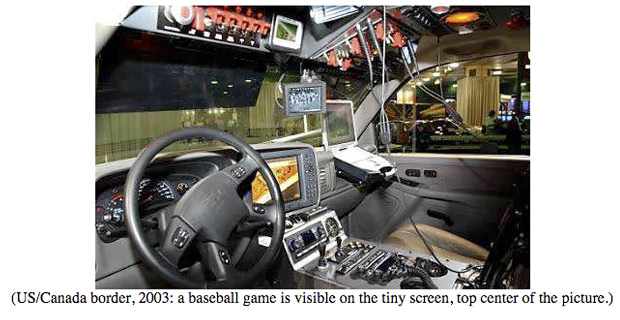 “When in use, Stingrays sweep up information about innocent people and criminal suspects alike,” Nathan Freed Wessler, an ACLU attorney, reported.

And the surveillance truck parked outside Bilderberg is a giant Stingray system on steroids which is targeting both protestors and the press.

“Today even small countries run their own sprawling listening and monitoring stations,” German cell provider GSMK admitted. “More and more of the capabilities are being used for economic espionage…”

“Private investigators also routinely and illegally try to get access to calls by a variety of means, for purposes of industrial espionage, business intelligence and economic warfare between competing companies.”

Interestingly, Lego even put out a “police surveillance” lego kit, which helps condition children to accept a totalitarian surveillance state in which privacy is completely eradicated.