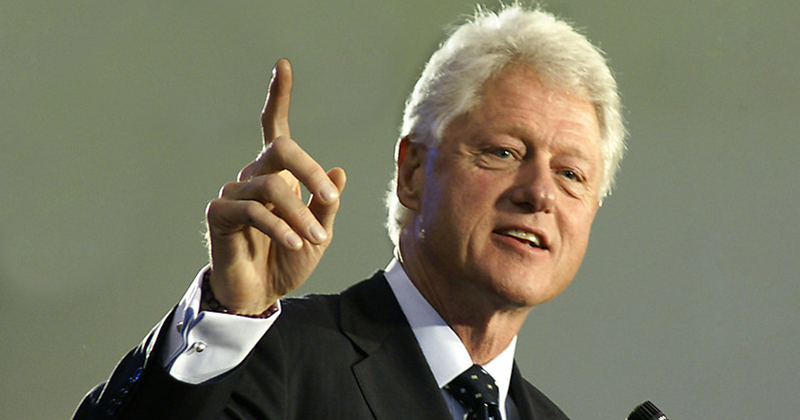 In a statement on Friday, Angel Ureña, a spokesperson for Clinton, told Newsweek that the former president has “never been to Little St. James Island.”

“He’d not spoken to Epstein in well over a decade,” he said. “Well before his terrible crimes came to light.”

With 94 days out from the election, the Civil War is now hot – tune in to learn how to survive, thrive & win! Tune in as we uncover the powerful bombshells and secrets revealed by the recent Maxwell/Epstein data dump.

Ureña referred Newsweek to a statement Clinton released in July 2019, where he issued the same denial. “He’s not spoken to Epstein in well over a decade, and has never been to Little St. James Island, Epstein’s ranch in New Mexico, or his residence in Florida,” the statement read.

The recent unsealing of court documents put attention back on Clinton’s connection to Epstein on Friday. During a conversation with lawyer Jack Scarola, Guiffre said she was on the island with Epstein and Clinton.