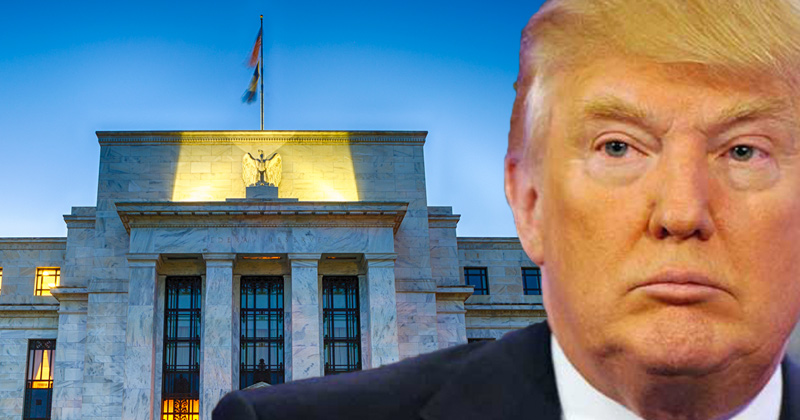 President George H.W. Bush and other members of his administration blamed his 1992 defeat on then-Federal Reserve Chairman Alan Greenspan’s refusal to reduce interest rates. Greenspan was more cooperative with Bush’s successor, Bill Clinton. Lloyd Bentsen, Clinton’s first Treasury secretary, wrote in his autobiography that the Clinton administration and the Federal Reserve had a “gentleman’s agreement” regarding support for each other’s policies. Greenspan also boosted President George W. Bush’s “ownership society” agenda by lowering interest rates after 9-11 and the collapse of the tech bubble, thus creating a housing bubble.

Ben Bernanke, Greenspan’s successor, facilitated both Bush W. Bush and Barack Obama’s bailouts, “stimulus” spending, and massive welfare-warfare spending with record-low interest rates and quantitative easing. Speculation that the Fed was keeping interest rates low during the 2016 presidential campaign in order to help Hillary Clinton was fueled by the revelation that a Federal Reserve governor donated to Clinton’s campaign.

Presidents have always tried to influence the Fed — usually pushing for lower rates to (temporally) boost the economy. President Richard Nixon was recorded joking with then-Fed Chair Arthur Burns about Fed independence. President Lyndon Johnson shoved Fed Chair William Martin against a wall after an interest rate increase. Johnson’s frustration may have been because he realized that the success or failure of his guns and butter policies was largely out of Johnson’s control. The success or failure of presidents’ agendas is often determined by a secretive central bank’s manipulations of the money supply. No wonder presidents spend so much time trying to influence the Fed.

The Fed’s history of influencing, and being influenced by, presidents is one more reason why Congress should pass the Audit the Fed bill. Auditing the Fed is supported by almost 75 percent of Americans across the political spectrum, including such leading progressives as Bernie Sanders and Tulsi Gabbard.

My Campaign for Liberty is leading a major push to get a majority of Congress members to cosponsor Audit the Fed in order to pressure House and Senate leadership to hold a vote on the bill. The American people have had enough of noble lies about the Federal Reserve. It is time for truth; it is time to audit the Fed.