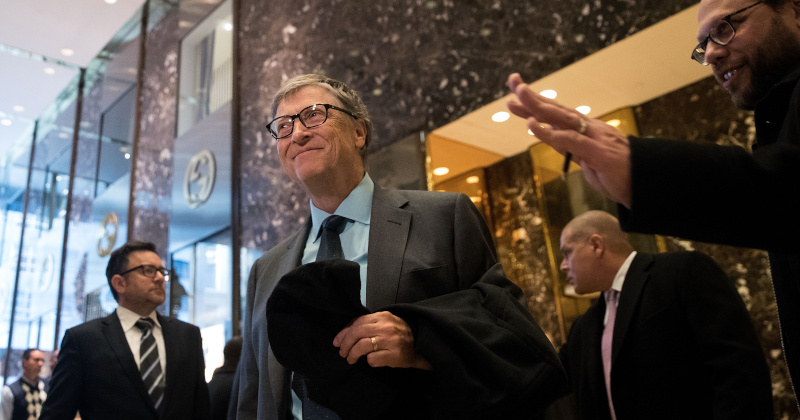 Microsoft founder and multi-billionaire Bill Gates said he tried to warn President-elect Donald Trump of the dangers of a major viral outbreak soon after the 2016 race, but feels guilty for not being more vocal.

“I chose, when I met with people all the way up to the top, in Europe, in the US, around the world, to talk about this pandemic risk,” he told the Wall Street Journal in an interview published on Monday, explaining that he even made the case to the US president during a December 2016 meeting at Trump Tower.

“I feel terrible. The whole point of talking about it was that we could take action and minimize the damage… I wish I had done more to call attention to the danger.”

Gates says that while many world leaders agreed with his advice in principle, few took any action to prepare, prompting him to begin looking for potential solutions on his own.

“Whenever I asked about respiratory viruses, like how important are schools and if you do shutdowns, how much can you drop the transmission, and even… do masks actually help or not?” – such questions had no solid answers, he said.

Through the Bill and Melinda Gates Foundation, founded in 2000, the tech entrepreneur and his wife have divided their attention between a number of pressing health crises around the world, including financing treatments for the Ebola and the Zika viruses, and now mitigating the effects of Covid-19.

The foundation has devoted some $250 million to fighting the illness – which Gates calls “the most dramatic thing ever in my lifetime” – with hopes of ultimately finding a vaccine.

“Every day, it’s, OK, are we going to run out of glass vials?” he said, describing the day-to-day tasks involved in seeking a cure. “You may think that’s a simple part of it, but nobody’s ever made 7 billion vaccines.”

Gates and his role with the foundation have come under fire, with some critics accusing the billionaire of wielding too much influence over the global health community, at times even helping to decide which illnesses take priority over others. But the Microsoft mogul insisted “All we do is we spend our money, and we share our opinions,” adding “We’re not making the decision at the end of the day.”