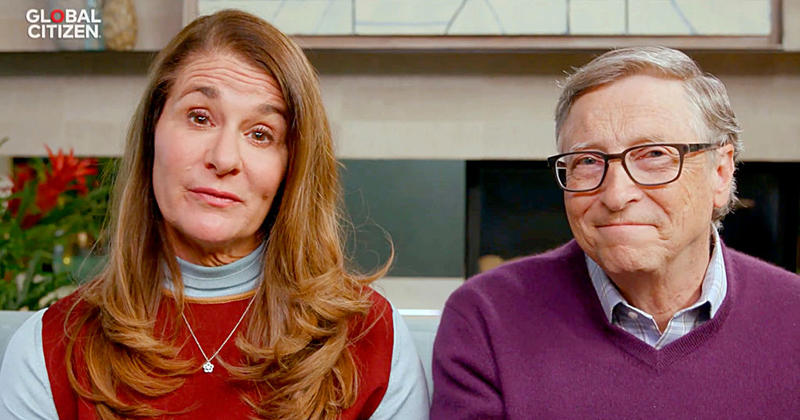 In a recent interview with a program produced by the U.S. Chamber of Commerce Foundation, Bill Gates was credited for predicting a global pandemic in 2015, and when asked to predict the future, predicts that COVID-19 will not “be the last pandemic we face.”

While interviewing Bill and Melinda Gates on a recent episode of Path Forward, host Suzanne Clark acknowledged that Bill Gates received “widespread attention” for a prediction he “made in 2015 about the dangers of a global pandemic,” and told Gates that he “sadly for the world did predict the future.”

Clark then asked Gates what fears he has about the future. Gates responded that the world will face more pandemics like COVID-19.

“Well this won’t be the last pandemic that we face,” said Gates. “A flu for example is still a very big risk.”

“And so we’ll have to invest in making sure that we catch the disease sooner and that we have platforms to make diagnostics, therapeutics, and vaccines very quickly.”

When asked about future prevention of viral disease spread, Gates condemned President Donald Trump’s decision to withdraw the United States from the World Health Organization, saying that the United States’ participation in the organization helped fight the spread of polio.

The couple also claimed that Europe is taking the place of the United States when it comes to “taking care of the world.”

At another point in the interview, Gates tells Clark that responses to pandemics like COVID-19 need to be global in nature due to the globalization of trade, with most countries unable to produce vaccines or therapeutics domestically.

When asked for a response to the concerns of small business owners, Melinda Gates advised that “COVID anywhere is COVID everywhere.”

She continued, “So for a small business owner, you know, the supplies that come in that help you run your business don’t all necessarily come from the United States, and your customers probably aren’t all just U.S. customers.”

“And so if we want to have global trade and a global supply chain and global manufacturing, we have to get the whole world coordinated in its response to this disease” added Gates. “It’s not going to be able to be contained in one or two places, even once we’ve gotten it outside of U.S. borders.”

In the United States, the majority of prescription drugs are not made domestically, and are instead imported from China.

On January 8 of 2020, in the days before the global community became aware of the COVID-19 pandemic, Congress questioned the country’s reliance on China for prescription drugs, noting that some were of questionable quality and may contain carcinogens.