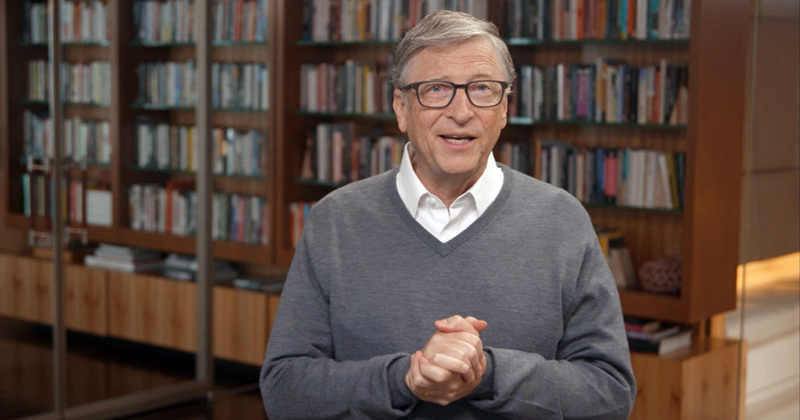 In the interview published Thursday, Gates confirms globalists plan to continue holding the world hostage until his vaccine arrives in late 2021.

“How do you think this all ends?” Bloomberg asks. 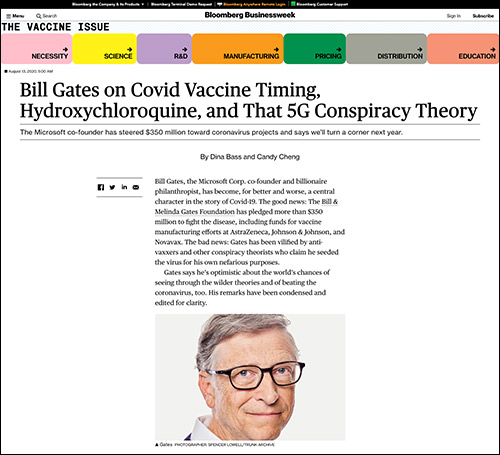 Gates, who’s pledged over $350 million through his foundation to fund vaccine research, responds, “The innovations in therapeutics will start to cut the death rate, but the true end will come from the spread of natural infections and the vaccine giving us herd immunity. For rich countries, that will be sometime next year, ideally in the first half. We’ll get out of this by the end of 2021.”

Bashing the anti-malarial drug promoted by President Trump, hydroxychloroquine, which has proven effective in some studies against COVID-19, Gates falsely claims the drug comes with “severe side effects.”

“This is an age of science, but sometimes it doesn’t feel that way,” Gates says, dismissing the idea anything besides his vaccine could be effective. “In the test tube, hydroxychloroquine looked good. On the other hand, there are lots of good therapeutic drugs coming that are proven to work without the severe side effects.”

Gates also foreshadows a future scenario where mandatory vaccines could be slowly rolled out amid vaccine hesitancy if they’re required first for health care workers.

“Making something mandatory can often backfire,” Gates told Bloomberg. “But you might say that if you’re going to work in an old-folks home or have any exposure to elderly people, it would be required.”

“The two times I’ve been to the White House [since 2016], I was told I had to go listen to anti-vaxxers like Robert Kennedy Jr. So, yes, it’s ironic that people are questioning vaccines and we’re actually having to say, ‘Oh, my God, how else can you get out of a tragic pandemic?’”

Gates also reveals he not only has plans for an “initial vaccine,” which he admits will have questionable “effectiveness against sickness and transmission,” but a host of them which he says companies will compete to produce.

“With so many companies working on it, we can afford quite a few failures and still have something with low cost and long duration,” Gates ominously states.

On the issue of 5G’s relevance to the coronavirus, Bloomberg intentionally distorts concerns by claiming people are worried Gates is “pursuing vaccine research to control people’s minds.”

Ever the noble humanist, Gates feigns innocence arguing he’s “giving money to save lives,” and definitely not “making money to get rid of lives.”

Exposing a huge chink in the globalist agenda, Gates admits internet “conspiracy theories” have the potential to undermine his vaccine effort: “If that stops people from taking a vaccine or looking at the latest data about wearing a mask, then it’s a big problem.”

Alex Jones breaks down the reasons Trump could be cowering to the medical tyranny based on a pandemic hoax.