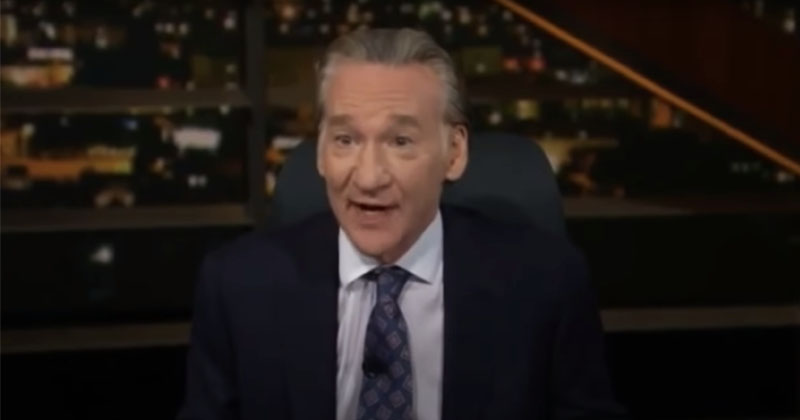 Comedian Bill Maher lambasted the “far left” wing of the Democrat Party for promoting the radical idea that looting and rioting is justifiable.

During his HBO show “Real Time” on Friday, Maher discussed how “woke” companies and authors on the left are promoting looting and rioting as a justifiable means of reparations and revolution against capitalism.

“When Lululemon is saying ‘resist capitalism’ and there’s a book called ‘In Defense of Looting’ and then we had a primary where there was a candidate, Bernie Sanders and Elizabeth Warren were talking a lot about a wealth tax and a lot of wealth confiscation, and there’s just a feeling out there now, again, it’s on the far left, but things tend to migrate, but — that property, it’s different than life,” Maher explained to his panel.

“And it is different than life. And they kind of compare them like they’re comparable. It’s like, well, if you take somebody’s life, that’s permanent, but if you wreck their business, that can be replaced, and this is sort of a justifiable way of protesting and it’s a form of reparations.”

“I’m not down with this property’s on the table as something we can just take because things are not right. That’s — to me, that’s not the way to address our problems, by throwing a brick through the window,” Maher added.

Maher’s words a notable given his tendency to talk straight about the problems of the far-left, claiming last month that the Democrat Party and its base are endangering Joe Biden’s chance of getting elected in November.

“[Trump’s] the ‘law and order’ candidate. And are the Democrats facing that right? They seem to be hesitant, in some ways, for example, to condemn the looting.”

“Because they understand what causes people to have the rage that would make them loot. Although, I don’t know why looting is always associated with the rage. I mean, sometimes they’re just taking shit, and it’s not people you would even think would need the shit,” he added.

As the left becomes more and more violent and unhinged we see “author” Vicky Osterweil lionizing the rioters saying looting strikes at the heart of “whiteness”. As well as churches pushing the satanic, Marxist agenda of BLM.