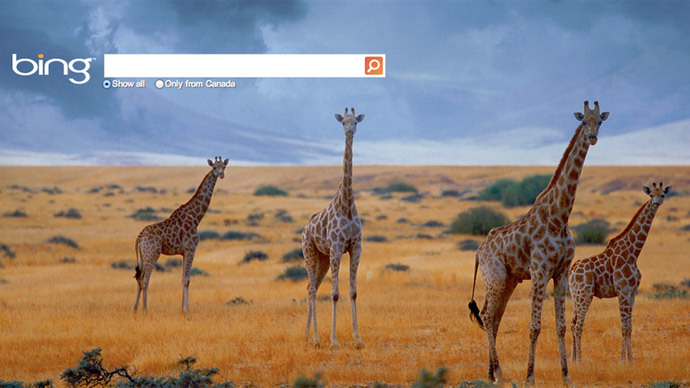 Microsoft is being asked to explain why Chinese-language queries keyed into its Bing search engine by customers outside of web-restricted mainland China are coming back heavily censored.

The website GreatFire.org was the first to report this week that searches entered into Bing by Chinese language users — even those in the United States and elsewhere — were returning results greatly different than those displayed by the likes of Google.

“Our latest research indicates that Microsoft’s search engine Bing is censoring English and Chinese language search on its home page in order to exclude certain results,” the website wrote on Tuesday this week. “We have also noticed that Bing is practicing subtle censorship with search results. In both instances, Bing is filtering out links and stories that the Chinese authorities would deem damaging.”

For example, GreatFire continued, searches done in Chinese for information on the Dalai Lama, a popular internet circumvention tool and the Tiananmen Square protests of 1989 all returned results that one might expect to see while logged-on from within China’s borders, not abroad.

Indeed, Bing searches for the Chinese equivalent of “Dalai Lama” immediately refer users to the informational page hosted on China’s equivalent to Wikipedia and another to a documentary produced by state-owned television network CCTV. When done with Google, though, that same search first suggests web surfers visit His Holiness’ official site, and then his Wikipedia entry and articles from a pro-Tibetan website.

When John Byrne at RawStory searched on Bing in Chinese for information on the anti-censorship software known as FreeGate, the website returned a message warning “Due to restrictions on Chinese laws and regulations, we removed the results of these search terms.”

Britain’s the Guardian newspaper approached Microsoft’s senior Bing director ahead of an article published on Wednesday this week, and he told them that the search engine “does not apply China’s legal requirements to searches conducted outside of China.” Instead, he insisted, “Due to an error in our system, we triggered an incorrect results removal notification for some searches noted in the report but the results themselves are and were unaltered outside of China.”

Charlie Smith of GreatFire told the Guardian earlier this week that he disagrees, and discovered the issue when he ran a Bing search for his own website, FreeWeibo.com, which allows internet-restricted users to anonymous search Chinese social media sites.

“The first thing we noticed was our index page was not showing up. It specifically did not show the homepage. But it was in Google,” he told the paper.

“It’s a bit crazy. Any Chinese person who is searching in Chinese from overseas is being treated as if they have the same rights as a resident of mainland China. So we won’t show them the accurate search results if they search for Dalai Lama. What you get is state controlled propaganda,” he said. “Except they don’t tell you the results have been censored. If you were in China they would at least tell you that.”

When the Guardian approached Bing about the “Due to restrictions on Chinese laws and regulations” warning that accompanied some searches, officials there declined to respond with comment.

And as far as Bing’s claims about results allegedly being unaltered outside of China go, Smith says he isn’t sure that’s correct either.

“Anybody, anywhere, can run independent tests themselves to verify our claims and see that Microsoft is quite simply trying to cover up their complicit involvement in China’s attempts to cleanse the web of any negative information about the Middle Kingdom,” he told the Guardian.

“We are 100 percent sure our findings indicate that Microsoft is cleansing search results in the United States to remove negative news and information about China,” reads a recent statement made by GreatFire. “And they are doing this in every market in which they operate in the world.”

Bing is presently the second-most-popular search engine on the web, with an 18.2 percent market share making it a distant runner up to Google and its 67.3 percent share as of December.