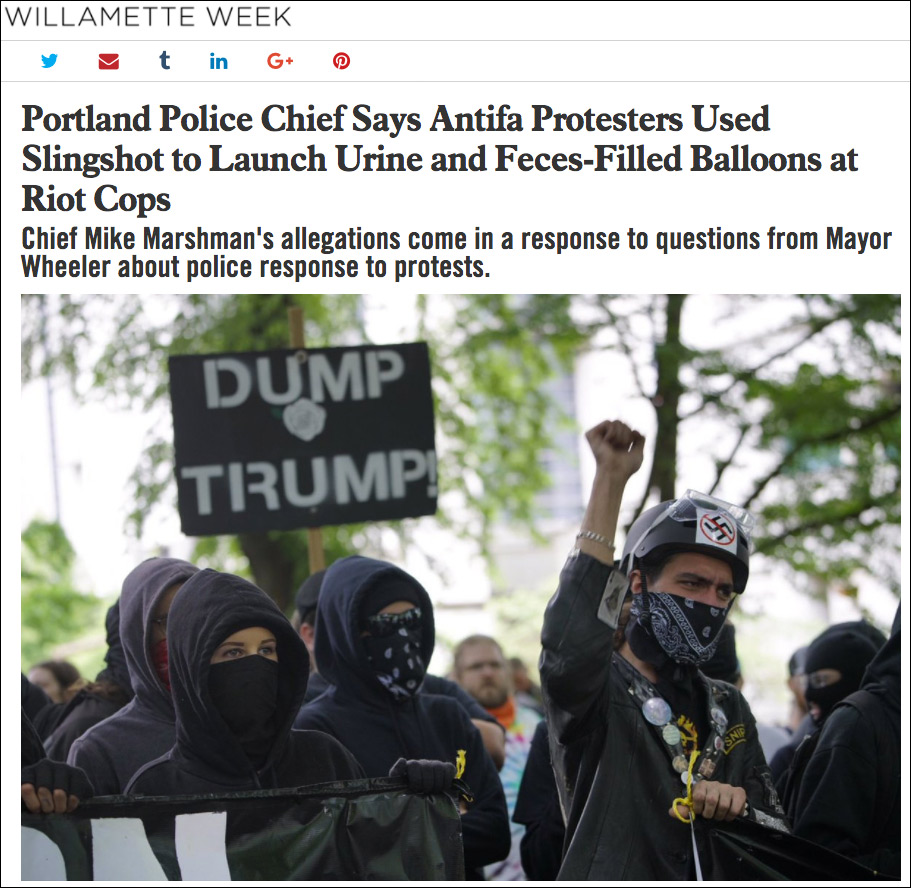 Counterprotesters at a rally in Charlottesville, Virginia, confronted White nationalist attendees and reporters using bags filled with urine and feces, according to various reports over the weekend.

As in previous confrontations, antifascist protesters were accused of lobbing tear gas canisters, cement-filled bottles and containers filled with urine and other chemicals at “Unite the Right” rally gatherers on Saturday.

1) My co-host reports that "antifa" has attacked him with mace and are throwing urine and feces at #UniteTheRight participants.

Counterprotesters are throwing water balloons filled with pink paint at white nationalists – as seen on this police car pic.twitter.com/4GZ54Ho1yZ

NBC’s Katie Couric reported Saturday morning that her producers were “sprayed with urine,” but didn’t identify which side she suspected.

Two of my producers just got sprayed with urine. Lovely. Hard to keep your cool.

Sprayed with urine by #Antifa.

However, Stolberg claimed “alt-righties” were responsible – with zero proof.

Disgusting. Alt-righties threw urine on the press. On street people yelling "Nazi scum, off our streets."

Do you have proof Sheryl? How about a picture or video… I mean you DID have a photographer right? Only pic I saw was antifa setting fires pic.twitter.com/6ltVpZdQIY

Many questioned why the media did not come out and condemn violence from both sides.

So, let's see….
Antifa squirted urine, paint, & feces on people, including a news producer; a female reporter was assaulted by Antifa. 1/2

Antifa/BLM threw rocks and carried BASEBALL BATS.
While it's agreed that "white supremacists" need to be denounced, what about them? SMH

ANTIFA? They've been known to play with their feces/urine. Oddly, when they were throwing at conservatives in past, leftist media was silent https://t.co/ozqb38TD9M

The scene is reminiscent of one that played out earlier this year in June, where Portland Antifa protesters flung feces and urine-filled balloons, in addition to other chemical agents, at “alt-right” protesters, according to Portland Police Chief Mike Marshman.

Protesters “may have been using ‘gopher gassers,’ small rodent poison gas devices,” Chief Marshman described at the time, blaming left-wing activists for presenting an imminent risk to the public and officers.

The Charlottesville protests came to a head when 20-year-old James Alex Fields Jr., 20, of Ohio plowed into a crowd of counterprotesters, killing one and injuring over a dozen.