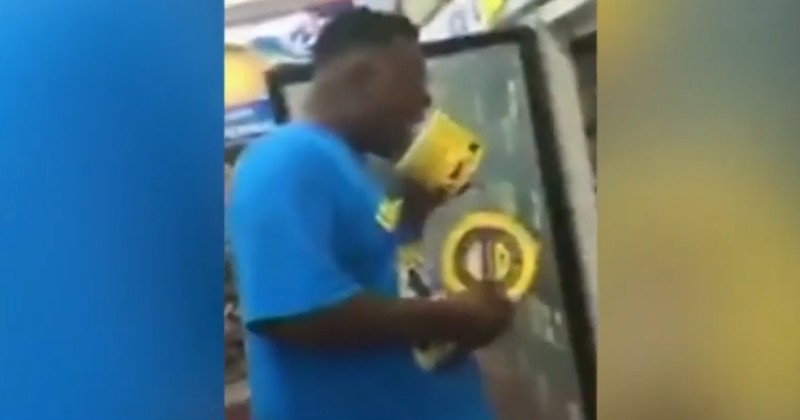 A disgusting new fad where people film themselves licking food and then replacing it seems to be continuing despite the threat of lengthy prison sentences.

A new video originally posted to Instagram shows a woman with the profile name ‘shelley_golden’ opening and licking a tub of what appears to be ice cream before placing it back in a freezer.

It later emerged that Martin had purchased the ice cream before the stunt, but he was arrested anyway and faces charges of “unlawful posting of criminal activity for notoriety and publicity and criminal mischief”.

Martin was inspired by a teen who originally pulled the same stunt at a Walmart in eastern Texas.

The teen originally faced up to 20 years in prison for tampering with a consumer product, but she will not face charges because she is a minor.

Another clip shows what appears to be a transgender individual taking a swig of mouthwash before spitting it back in the bottle and walking away.

Another person who goes by the name ‘Shawn Mendes’ on Twitter had his friend film him scooping out a chunk of ice cream with his hand before putting it back in the freezer.

The kids are definitely NOT alright.