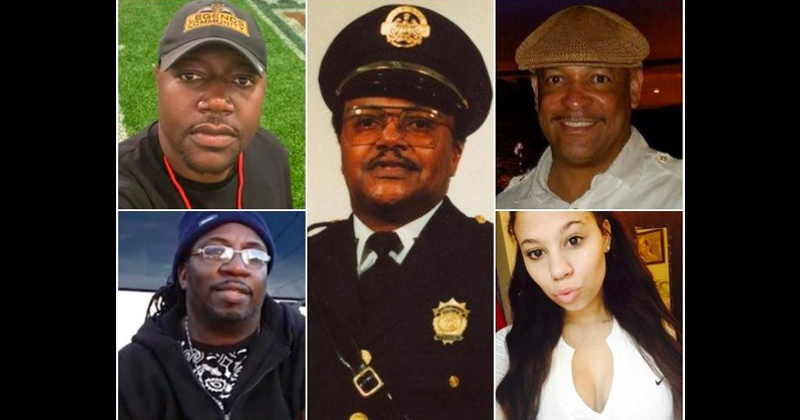 At least four black American men and one biracial woman have been killed in riots wreaking havoc on American cities over the last week.

Rioting first started on May 28 in Minneapolis, Minnesota, over the death of George Floyd, who was allegedly murdered by police officer Derek Chauvin. Since then, the riots have spread to major cities like New York City, Los Angeles, Seattle, Portland, Oakland, Louisville, and St. Louis.

The riots have led to more death, especially among black Americans. The victims include:

On May 29, Dave Patrick Underwood, 53-years-old, was killed during riots in Oakland, California. Underwood, according to police, was trying to keep the peace during riots when he was fatally shot.

“My brother, Dave Patrick Underwood, a federal officer, was murdered 5/29/20 in Oakland California, while on duty during the riots,” Underwood’s sister wrote on her Facebook page. “This Violence Must Stop.”