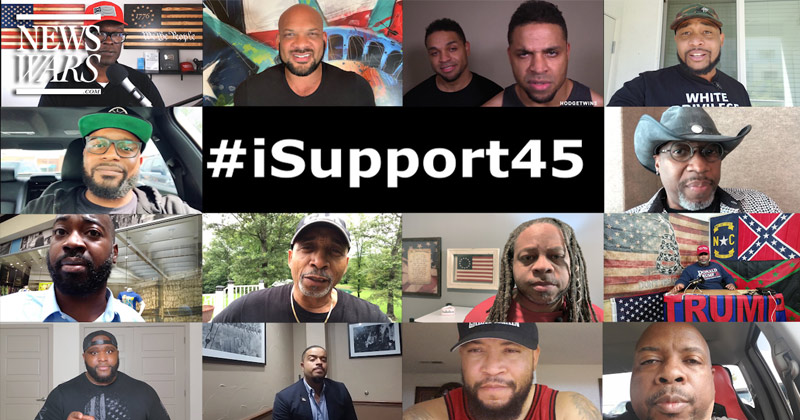 With the Democrats spending day after day saying President Trump is racist, we now have many black people waking up to the truth and saying they have had enough.

In the following video, you will see high-profile media influencers talking about how they support 45 and don’t believe the lying mainstream media.

Share this video with the hashtag #iSupport45 to join the battle against internet censorship.

The video consists of the following black men that support President Trump: