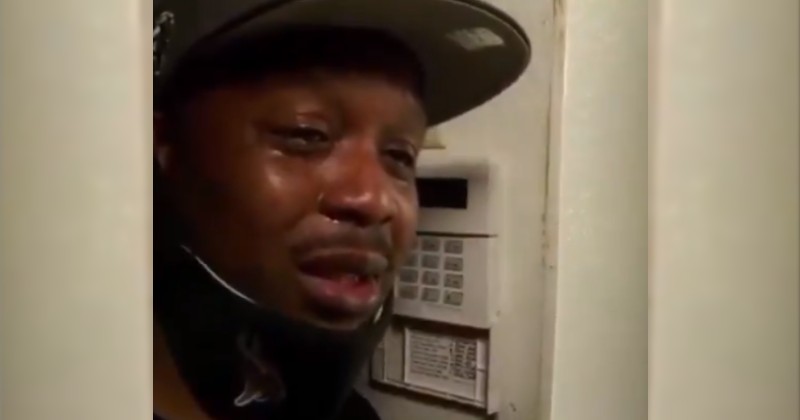 A black business owner who invested his life savings into what is now a looted and destroyed sports bar cried on camera as he lamented, “I don’t know what I’m gonna do.”

A news report describes how the Minneapolis bar owner was attempting to clean up when thugs tried to break in again during filming and loot his safe.

“I don’t know what I’m gonna do, I worked so hard to get here, so hard,” the owner says as he cries.

The clip once again emphasizes how rioters are burning down their own community and destroying the lives of other black people, supposedly in pursuit of justice.

In reality, they’ve trashed their own neighborhood and made it highly unlikely that any new businesses will want to set up shop to serve the community there ever again.

Some business owners placed signs that said “minority owned” in an attempt to deter looters, but that obviously didn’t work for this bar owner.

The angel of death is coming for white Americans. Be sure to signal extra hard, shitlibs, so he passes over you. pic.twitter.com/K23xMjDBtU