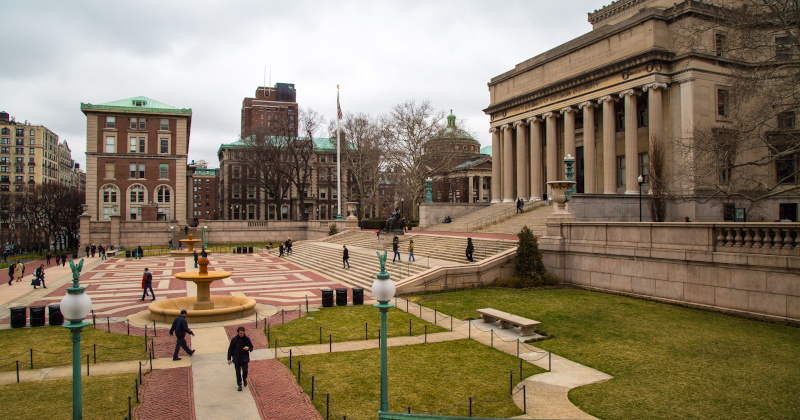 Black faculty at Columbia University are making demands for “white supremacy” to be recognized and “dismantled within this institution.”

In the demands, they outline eleven steps to undergo the process of “unlearning whiteness.”

According to a statement from “the Black Faculty” of Columbia’s Graduate School of Architecture, Planning, and Preservation (GSAPP), we are in a “seachange in attitudes towards [sic] race relations” and there is a “call for real action to dismantle racist systems.”

To do this GSAPP must “unlearn and challenge whiteness and white supremacy.”

Students and faculty should “understand how it operates, its historical legacy, and how it is perpetuated in the school,” the faculty state.

White supremacy, they say, needs “interrogating” to understand “anti-Black racism.” They then list eleven steps directed at the school for the “unlearning process.”

Several demands call for an investigation into white supremacy within GSAPP, calling for the school to “complete an assessment of each program in terms of its complicity with systems of white supremacy —identifying and understanding the work that whiteness does,” and to create “public programming to stimulate dialogue about whiteness and knowledge of its impact on our disciplines and the school’s culture.”

Additionally, they call to recognize and address the school’s “erasure, exclusion, and marginalization” of work and knowledge by minorities.

Other demands call for funds and resources to “initiate and sustain this effort” because it will “be a school-wide undertaking.” Further, faculty and students should be provided “resources and readings on whiteness and white supremacy.”

At the end of the 2020-2021 year, black faculty want the school’s work on “unlearning whiteness” to be released to the public.

The black faculty of GSAPP further “whole-heartedly support the concerns and demands” of the school’s black student alliance. The alliance’s demands begin by stating the “willful ignorance” of the administration’s “inability to recognize how its own actions are complicit in regimes of racial construction that work diligently to mark black students as outsiders, while simultaneously exploiting our presence when deemed beneficial.”

The alliance calls for “at least 50% black, indigenous, and other under-represented minorities into the reading lists for every course at GSAPP” as well as “the inclusion of at least 50% of speakers who are black, indigenous and/or people of color in classes where guest lecturers are invited, at design studio reviews, and as part of its signature lecture series with a minimum 25% of whom are underrepresented minorities.”

GSAPP Dean Amale Andraos announced in a June 18 statement the immediate development of “diversity, equity, and inclusion training across the School,” as well as anti-racism workshops and “cross-cultural orientation” for new and returning students.

The dean said the school would change its admissions and recruitment processes to increase “our Black faculty and student populations.”

Campus Reform requested comment from the GSAPP Black Faculty and the dean but did not receive any responses in time for publication.