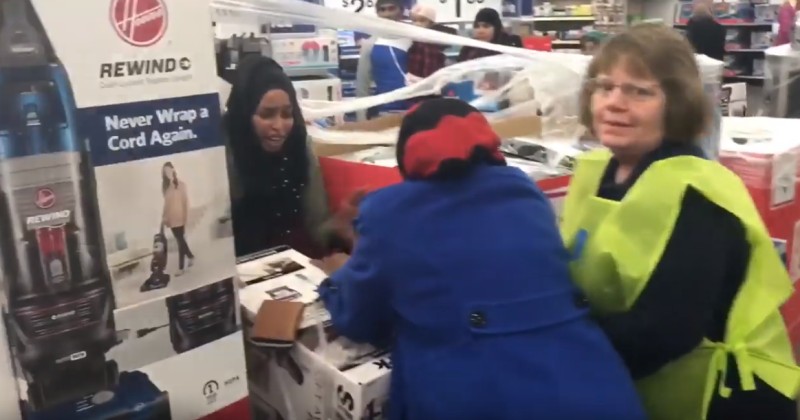 Black Friday chaos has begun early, with one video showing two women in hijabs fighting over a vacuum cleaner at Walmart as store employees are forced to intervene.

The women refuse to let go, prompting staff to demand the women “put it down.”

Another video clip shows a frenzy over $1.60 towels.

#BlackFriday #Walmart
Every year it's the $1.60 towels pic.twitter.com/AjtUf7LX03

Many stores begin offering Black Friday discounts on Thursday (Thanksgiving) in a bid to avoid stampedes. These deals are snapped up by many Americans who would rather consume more products than spend time with their actual family.

As we previously highlighted, Black Friday is a complete scam based around the myth that shoppers are getting discounts they wouldn’t get at any other time of the year.

In reality, stores enjoy higher profit margins during the holiday period because retailers artificially inflate prices of goods in the months before Black Friday in order to make the subsequent discounts look good in comparison.

Many of the same deals for which shoppers spend hours camped outside stores are also available online anyway, in some cases days in advance of Black Friday.