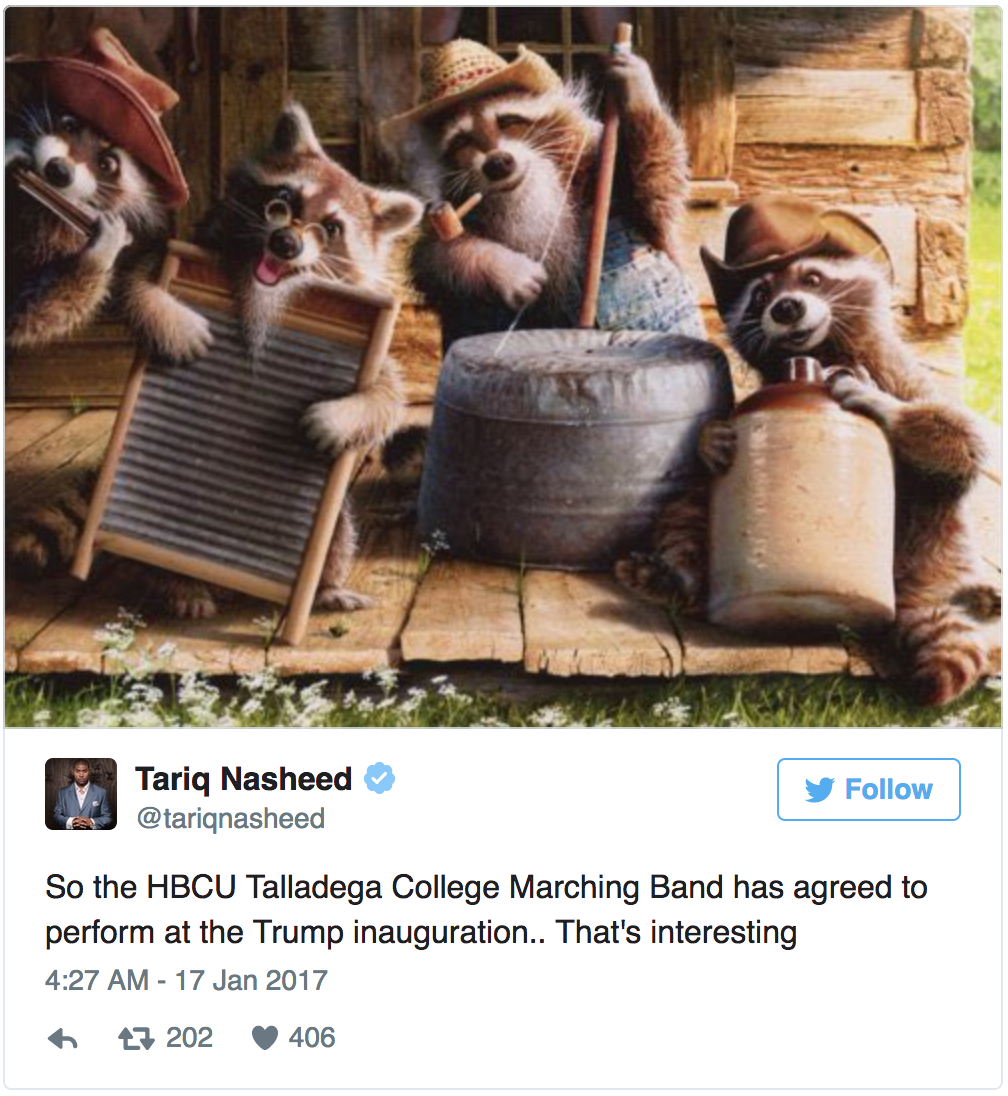 Hill leveled his accusation directly at LeVell and participants of the coalition, saying, “It was a bunch of mediocre negroes being dragged in front of TV as a photo-op for Donald Trump’s exploitative campaign against black people. And you are a prime example of that.”

LeVell’s attempt at a reasoned response was overrun by Hill’s hysterics, and then by fellow CNN regular and radical racialist, Symone Sanders, who interjected, “Let me back Marc up here, because he’s making an important point.”

Sanders recently mocked the lone white victim of a vicious beating and carjacking by gang of black thugs as they shouted, “Beat his ass – he voted Trump.” Her response to the incident? “Oh my goodness, ‘poor white people.’ PLEASE.” She is also on record as stating, “We don’t need white people leading the Democratic party right now.”

Black race activist, Tariq Nasheed, insinuated in no uncertain terms, that the marching band from Talladega College – a historically black institution – were a ‘bunch of coons’ for agreeing to perform at the Trump inauguration, and also mocked any blacks who “hang around Trump.” 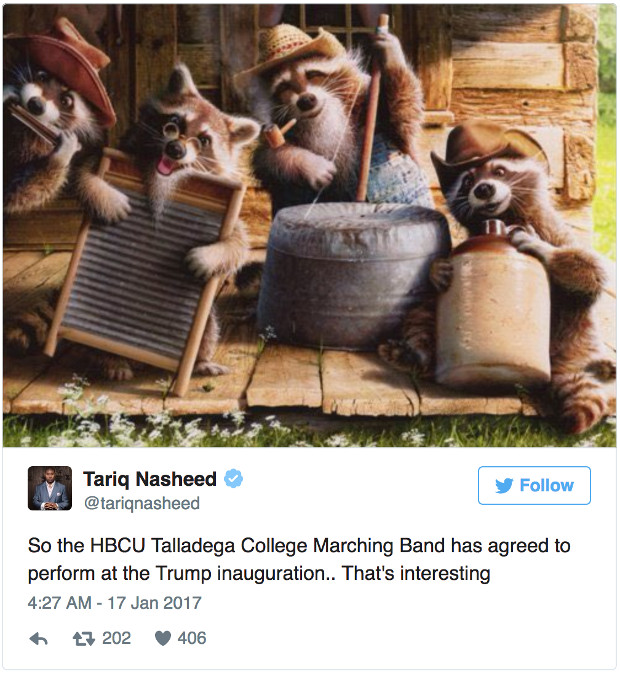 How Black people look when they hang around Trump as he uses them for photo ops pic.twitter.com/u5f3OfF6B5

After the jihadist attack at Ohio State University by a Somalian immigrant in November, Nasheed inferred that praise of the heroic police offer who neutralized the would-be murderer was racist, in and of itself – because the officer was white. When questioned about his toxic rhetoric on the matter by Tucker Carlson, he accused Carlson of being a ‘white supremacist.’

So white officer Alan Horujko who shot and killed the Black Somali stabbing suspect in Ohio is being paraded as a hero. Thats interesting

Washed up rapper and former drug dealer, Snoop Dogg, posted a video packed with expletives and racial slurs, threatening any black artists who might perform at the Trump inauguration with a guarantee of his wrath.

“So ain’t nobody going to perform for Donald Trump, huh? Which one of you jigaboo-ass ni**as gonna be the first one to do it? Wait, I’m going to roast the fuck out of one of you Uncle Tom-assed ni**as for doing it.”

It is clear that any black Americans who wish to leave the godforsaken Democrat-Socialist plantation for the greener pastures of prosperity, freedom of opinion, and true racial healing, will be forced to weather a storm of unholy abuse from the worst racists and attack dogs of the depraved, regressive left.

They will assuredly be welcomed with open and supportive arms.