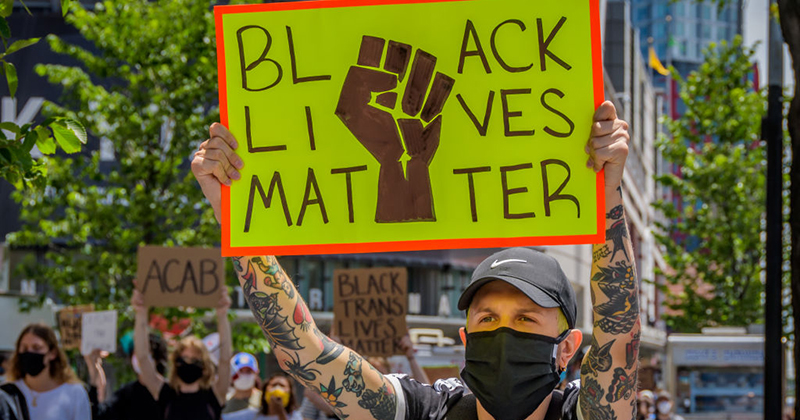 A Black Lives Matter chapter co-founder wrote a controversial list of demands to white people, involving the surrendering of property to black people.

The Louisville, KY, co-founder and organizer for Black Lives Matter, Charlotte Helm, drafted a list of requests for white people for things she believed should change.

The increasingly popular topic of reparations has floated around certain circles as some believe economic transfers may redress historical wrongs.

Writing for LEO Weekly, Helms outlined a ten-point list of requests including five stipulations where a transfer of property is made to impoverished people of color:

Her first request is simple, she demands that, “White people, if you don’t have any descendants, will your property to a black or brown family. Preferably one that lives in generational poverty.”

The next request, in the same vein, demands more surrendering of property. Of course, white people will make up for the financial loss of their altruism due to “white privilege.”

She writes: “White people, if you’re inheriting property you intend to sell upon acceptance, give it to a black or brown family. You’re bound to make that money in some other white privileged way.”

“If you are a developer or realty owner of multi-family housing, build a sustainable complex in a black or brown blighted neighborhood and let black and brown people live in it for free,” she adds.

Rich or poor are not absolved from guilt; those looking to downsize are considered able to fork over property, too. “White people, if you can afford to downsize, give up the home you own to a black or brown family. Preferably a family from generational poverty,” she continues

And should change up your will, just in case any of your inheritors espouse problematic views. She demands: “White people, if any of the people you intend to leave your property to are racists assholes, change the will, and will your property to a black or brown family. Preferably a family from generational poverty.”

Other requests involve getting “racists” fired, before bringing up the diminutive manhood of men accused of racism.

Black Lives Matter has made a stellar comeback following the recent unlawful killing of suspected fraudster George Floyd, sparking a series of riots and protests across the world.

In 2015, one of the BLM movements co-founders, Patreese Cullors, admitted that they were “trained Marxists” in an interview.

She said: “[We are] trained organizers. We are trained Marxists. We are super versed on ideological theories, and I think what we really try to do is build a movement that can be utilized by many, many black folk.”