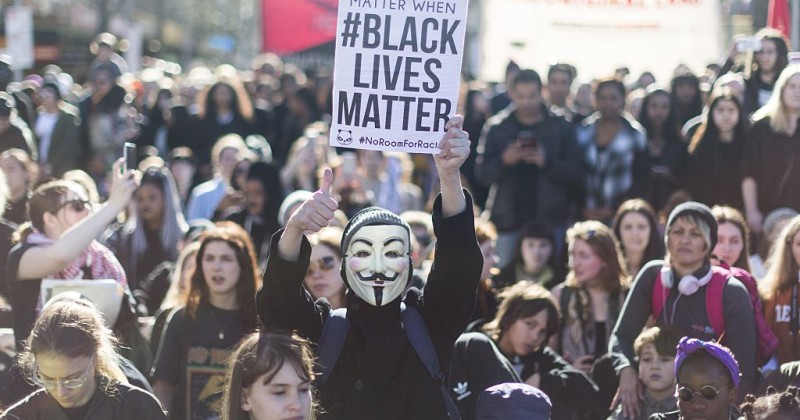 Up to 40,000 people are expected to attend the demonstration in Australia, which the potential for riots high given the city’s militant left-wing nature.

In anticipation of that, BLM Melbourne issued a lengthy list of requirements for how white people are allowed to behave during the rally.

“DO NOT TAKE SELFIES,” states the guide. “Ask to take pictures or videos of individuals. You are there to witness only. Film the police as much as possible. Your goal is documentation to ensure that the true narrative is told.”

The guide also instructs white people to show deference and obedience to black people at all times. 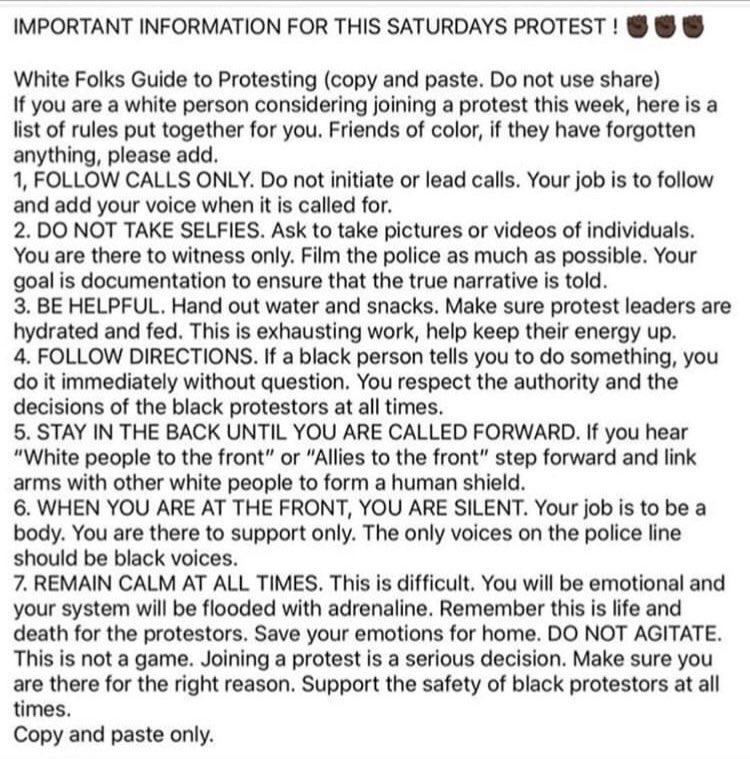 “FOLLOW DIRECTIONS. If a black person tells you to do something, you do it immediately without question. You respect the authority and decisions of the black protestors at all times.”

White people are also not allowed to lead chants and will be required to stay at the back of the protest until they are called forward, with the guide telling them, “WHEN YOU ARE AT THE FRONT, YOU ARE SILENT.”

The no selfies rule is funny because it’s likely to keep many protesters at home given they won’t be able to properly virtue signal for the purposes of their Instagram page, which for some is the most important thing.

The other irony is that protest leaders are basically enforcing racial segregation by keeping the white attendees away from the main demonstrators.