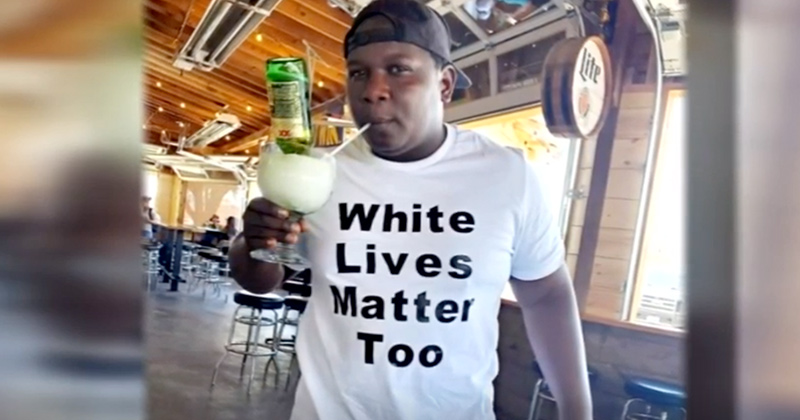 A black man in Texas says he was assaulted by several other black men in the parking lot of a bar all because he wore a shirt reading, “White Lives Matter Too.”

Last week, Niko Nance posted an image of himself wearing the t-shirt on Facebook, writing, “I stand for all people we are all God’s children love thy neighbor.”

Only a few hours after the social media post, Nance claims he was assaulted by several black men outside a bar in Abilene, Texas.

KTXS 12 caught up with Nance to get his take on the incident. 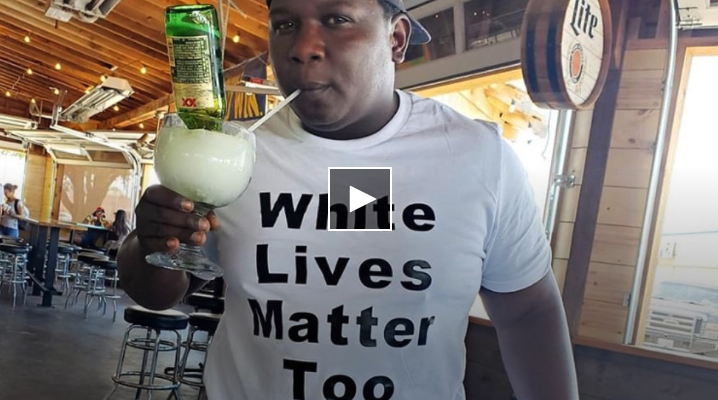 “Every life matters. All of God’s children’s lives matter. You gotta pray for everyone,” he told the local news outlet while explaining why he chose to wear the shirt.

After being punched and thrown to the ground, Nance said he was bleeding from his nose and mouth, adding, “I didn’t think people would be like this.”

“I wanted to show my support for other cultures also that are supporting us because that’s the only way we’ll be a union,” he explained.

Despite supporting what Black Lives Matter (BLM) stands for, Nance denounced the violence associated with recent BLM protests, saying, “The violence right now is not the dream Martin Luther King had.”

Asked if he’d wear the shirt again, he replied, “Yes, because I stand for something bigger.”

Nance did not report the incident to police.