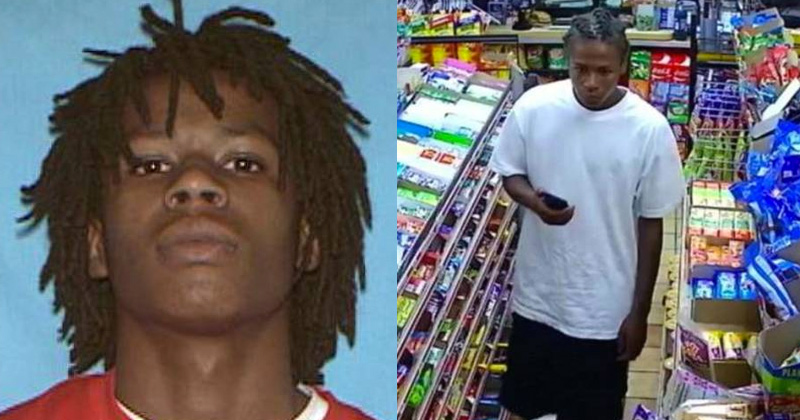 A black man who once claimed he wanted to “kill all white people” has been arrested in Missouri under the suspicion he killed five white men in cold blood.

Two first-degree murder charges were filed Tuesday against Kansas City resident Frederick Demond Scott, 22, who police also suspect of killing three other people on a walking trail near his home.

The victims shared common characteristics: each died from gunshot wounds mostly to the head, they were all between the ages of 54 and 67, and they were all white.

The fifth and final killing came shortly after noon on Aug. 13, when [Scott] allegedly followed a man from a city bus, crept up behind him on the street and shot him in the head — before turning and getting right back on a bus.

“Gibbons survived on life support for more than a day after he was found shot,” but eventually succumbed to his injuries, The Star reported.

Bar owner Mike Darby, 61, suffered a similar fate – he was also found on the trail on May 16, killed as he walked his two black labradors.

David Lenox, 66, was shot near his apartment in South Kansas City on February 27 also while walking his dogs, Snickers and Coco.

The body of Timothy S. Rice was found on April 4 this year “just off of a walking path near the dead end street” at the Trolley Track Trail, according to Kansas City PD.

Scott, who is in jail on a $500,000 bond, had a previous criminal history and was charged in 2013 after assaulting his mother.

Scott’s mother told The Kansas City Star Scott wouldn’t seek help for paranoid schizophrenia, and in 2014 he was quoted as saying he wanted to shoot up his alternative school “Columbine-style,” in addition to claiming he wanted to “kill all white people” and commit suicide.

“As far as I know Fredrick never had a problem with white people,” Scott’s mother told The Star. “He would do odd jobs for people and some of those people were white men.”

He was mandated not to go near the school after serving 180 days in jail for the threats and undergoing “intense” supervision.

Despite Scott’s declaration, police say they are unable to determine whether the shootings were racially motivated, and claim there is “no clear motive,” according to The Star.

If found guilty, Scott would meet the FBI’s definition of a serial killer.

One would think a serial murderer terrorizing a hike and bike trail for over a year might receive a headline in a major publication, but where has the mainstream media been?