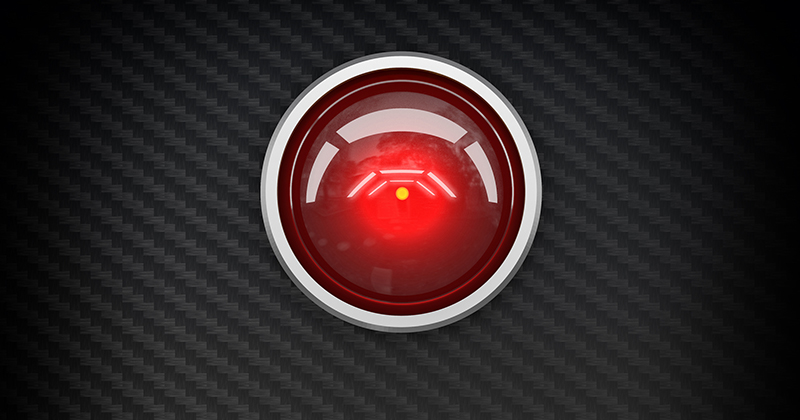 A University of Cambridge study examining the depiction of artificial intelligence in film, television, Google searches, images, and voices, suggests it is yet another area that showcases racism.

While most would likely assume a machine cannot have a race, the researchers said that they do indeed have “racial identities” influenced by “real world” stereotypes.

These “racial identities” can be found in both the fact that AIs and depictions of AIs have caucasion features and also typically talk in “standard white middle-class English,” including voices given to smartphone technology. The study suggests “black dialects” have been avoided because they are deemed “too controversial or outside the target market.”

Alex Jones breaks down the claim that Oprah Winfrey is a big part of the Hollywood pedophilia cult, and exposes her role in the plan to forcefully inoculate the world.

Because society has “for centuries, promoted the association of intelligence with white Europeans,” the researchers argue that artificial intelligence and machines are given white characteristics to feed into the racial biases of both users and creators.

The study has a fairly broad definition for what it considers artificial intelligence, as it cites ‘Star Wars’ character Jar Jar Binks as an example of such racial inequality. The character’s Caribbean dialect, according to the research team from Cambridge’s Leverhulme Centre for the Future of Intelligence (CFI), demonstrates the bias of the creators. The “orientalized” nature of ‘Flash Gordon’ alien villain Ming the Merciless is also cited as showing racial stereotypes.

More traditional examples of artificial intelligence in pop culture, like 1982’s ‘Blade Runner,’ are also pointed to in the study, published in the Philosophy and Technology journal.

“Androids of metal or plastic are given white features, such as in ‘I, Robot.’ Even disembodied AI — from HAL 9000 to Samantha in ‘Her’ — have white voices,” co-author Dr. Stephen Cave said. “Only very recently have a few TV shows, such as ‘Westworld,’ used AI characters with a mix of skin tones.”

These characteristics are used to “justify colonialism and segregation,” according to the researchers.

If “white voices” in machines and think pieces on Jar Jar Binks sound far-fetched, the study does try to present a real world consequence to this perceived bias: these depictions in AI “exacerbate racial inequality” and make it more difficult for non-white people to get into and ahead in tech.

“In cases where these systems are racialized as white, that could have dangerous consequences for humans that are not,”Dr. Kanta Dihal, lead researcher in the study, said. “The perceived whiteness of AI will make it more difficult for people of color to advance in the field.”