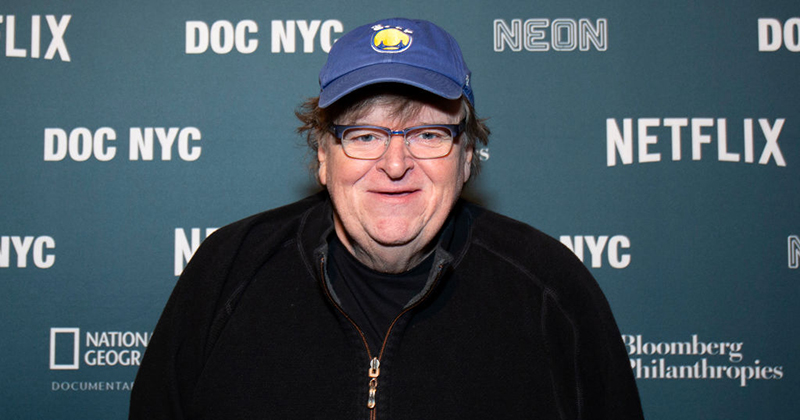 An environmentalist documentary produced by Oscar-winning director Michael Moore has been removed from YouTube. The filmmakers said that they have angered “green capitalists” who are in bed with Wall Street.

The film ‘Planet of the Humans,’ produced by Michael Moore and directed by Jeff Gibbs, was pulled from YouTube due to a copyright claim after it had garnered more than 8.3 million views since being released online last month. The copyright claim in question concerned a four-second clip showing the mining of rare earth materials, which are used in the manufacture of wind turbines.

In a statement to the Deadline news website, Gibbs called the removal of the film “a blatant act of censorship by political critics,” and claimed that he had included the disputed footage under “fair use.”

It is a misuse of copyright law to shut down a film that has opened a serious conversation about how parts of the environmental movement have gotten into bed with Wall Street and so-called ‘green capitalists.’

Gibbs said that he is working with YouTube to resolve the issue and get the film back up as soon as possible.

The author of the copyright claim, Toby Smith, who had previously worked on environmental issues, told the Guardian that he contacted YouTube directly instead of approaching Moore and Gibbs because he “wasn’t interested in negotiation.” He explained that he fundamentally disagrees with the nature of the film.

I don’t support the documentary, I don’t agree with its message, and I don’t like the misleading use of facts in its narrative.

‘Planet of the Humans’ is an unusual case because it offers a critique of the existing environmentalist movement not from a right-wing perspective, but from the perspective of devout left-wingers. While promoting the film, Gibbs argued that commonly-touted ‘green solutions’ in renewable energy are “desperate measures not to save the planet but to save our way of life.”

Moore, who has gained fame as a fierce opponent of US Republican Presidents George W. Bush and Donald Trump, pointed out that things like electric cars and solar panels are made using raw materials and fossils fuels.

The movie immediately stirred up controversy upon its release, with environmentalist campaigners branding it as biased, “unscientific,” and “dangerous.”

There has been an ongoing debate about the ways to tackle climate change, and whether the proposed green energy solutions are as sustainable and feasible as their proponents claim. A 2019 study published in Nature Communications said that organic farming may “exacerbate” greenhouse gas emissions. That same year, a report in Forbes magazine highlighted that solar farms take 450 times more land than nuclear power plants, and wind farms take 700 times more land than natural gas wells, to produce the same amount of energy.