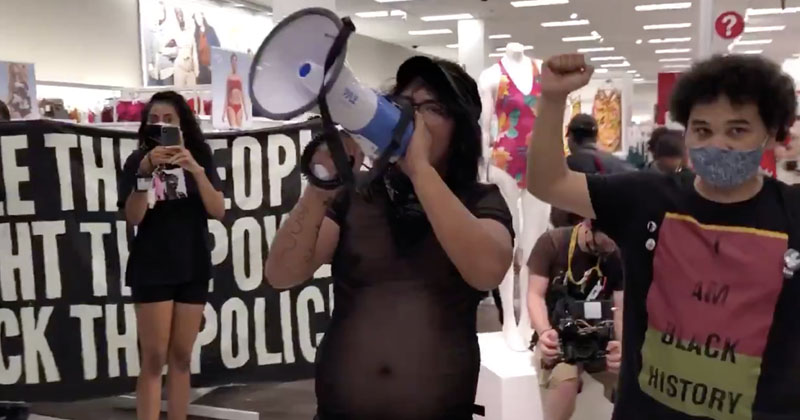 A group of militant Black Lives Matter activists stormed a Target store in Washington D.C. over the weekend, threatening to shut down their business if they didn’t meet BLM’s ridiculous demands.

One of the domestic terrorists declared that until the store “stops calling the police” on black people, they will shut down the store for good.

BLM to @Target “we will shut your buisness down” pic.twitter.com/jwP9jW5EjF

They continued marching through the store in Columbia Heights demanding Target stops calling the police on black people…or else face their wrath.

Tonight #BlackLivesMatter protesters marched about ten miles. In the Columbia Heights neighborhood, the group marched into Target and demanded that the store "stop calling the police on black people."

An employee tried to shut the entrance, but the group managed to hold it open. pic.twitter.com/2x5CMNHlMN

The group appeared to be following the example of BLM leader Hawk Newsome, who issued a terror threat Wednesday on Fox, warning that if the group didn’t get what they want, they would destroy society.

"Until you stop calling the police, we'll continue to shut your business down," they chanted before marching away. pic.twitter.com/tLIdwFKeaL

Watch the full incident below: