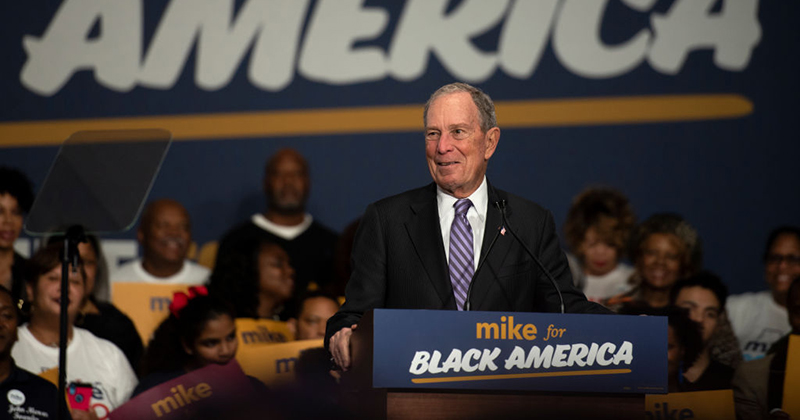 Democratic presidential hopeful Mike Bloomberg once claimed during a television appearance that an “enormous cohort” of young black and Latino males “don’t know how to behave in the workplace.”

Bloomberg, who at the time was in his final term as mayor of New York City, made the remarks at the launch of his multimillion dollar Young Men’s Initiative (YMI) in August 2011.

The program, funded in part through a collaboration between the city of New York and George Soros, seeks to address the “disparities among black and Latino men between the ages of 16 and 24 in education, employment, health and justice.”

As part of its launch, Bloomberg mounted a media campaign to stir up attention and enthusiasm.

One of the first stops of that campaign was an in-depth sit down with PBS News Hour.

The televised interview, however, would prove to be problematic given Bloomberg’s use of language that can only be considered racially insensitive.

Bloomberg started off by saying:

For a long time people have said there is nothing you can do about [racial disparities]. Blacks and Latinos score terribly in school testing compared to whites and Asians. If you look at our jails, it’s predominantly minorities.

If you look at where crime takes place, it’s in minority neighborhoods… who the victims and the perpetrators are, it’s virtually all minorities.

Bloomberg proceeded to argue that although great lengths had been taken to address the city’s crime problem, its root causes could not be addressed without expanding economic opportunities for young men of color. Which is where, according to Bloomberg, the YMI was to come into play.

Owen Shroyer hosts The Alex Jones Show to expose the plan to install Hillary as the next President through the Bloomberg campaign.