Is your name the same as, or similar to, that of someone on the FBI’s “terrorist watchlist?” Or, have you been erroneously placed on the watchlist?

You can’t find out because the FBI won’t say exactly why people get watchlisted, won’t say who has been watchlisted, and therefore doesn’t offer watchlisted people the chance to clear their names immediately. In fact, small children, federal air marshals, military personnel who have fought terrorists overseas, the late Sen. Edward Kennedy, members of Congress, and many other good Americans have even been stopped from boarding commercial aircraft for this reason. The government has reported that there were 700,000 names in the watchlist as of April 2007, and the ACLU estimates that the number has since risen to 1.3 million.

Obviously, these people are not all terrorists. However, politicians who hate the Second Amendment know that some of the good Americans who are erroneously on the list, or who get incorrectly flagged by the list, are gun owners. And, because the FBI won’t reveal its watchlisting criteria, those politicians think that more gun owners can be placed on the list over time, by like-minded bureaucrats making arbitrary determinations about who ought to have guns.

One such politician is Michael Bloomberg, whose hobbies include being mayor of New York City and raising intellectually deficient complaints about gun laws. Never one to concern himself with the facts when there is a chance to get his name in the paper, Bloomberg recently claimed that the recent murders on Ft. Hood would have been prevented if the FBI hadn’t been required to erase NICS-approved gun purchase records after 24 hours.

Mischaracterizing events related to the Ft. Hood murders for political reasons shows disrespect to the lives that were lost there and is crass to the extreme. That said, the reason that the FBI didn’t know about the Ft. Hood suspect’s gun purchase is not that his NICS record was erased after 24 hours. Rather, it’s that he wasn’t on the watchlist in the first place, as NICS checks the list and alerts the FBI if a listed person tries to buy a gun.

[efoods]Another such politician is Sen. Frank Lautenberg (D-N.J.), author of legislation Bloomberg supports (S. 1317, H.R. 2159 in the House), which would allow the Attorney General to stop watchlisted people from buying guns through NICS. It would also prevent those people from contesting their rejections in a full and open hearing in court. Obviously, that scheme would violate not only the Second Amendment, but also the Fourteenth Amendment’s protection against deprivation of liberty without due process of law.

This week Lautenberg introduced a separate bill (S. 2820), calling for NICS firearm transaction records to be retained for 10 years on a person suspected of being a member of a terrorist organization. That, however, is a smokescreen for another provision in the same bill, to retain NICS records of approved firearm transfers for 180 days for other gun buyers.

While Lautenberg introduced S. 2820 in the wake of Ft. Hood (with terrorism fresh on Americans’ minds), gun control supporters have wanted NICS records retained for longer than 24 hours since NICS’ inception. Sen. Charles Schumer (D-N.Y.), a co-sponsor of the Lautenberg bill, argued in favor of a 180-day retention back in 2001. After all, the Brady Act, as passed by Congress, required that NICS “destroy” the records of approved firearm purchases.

Along with the Lautenberg bills described above, gun control supporters are concurrently campaigning for a law to force all private gun sales to be run through NICS. Connecting the dots is a simple task. The goal shared by gun control supporters and by government entities for whom no amount of knowledge about American citizens is too much, is to incrementally increase the amount of information the government possesses on gun owners who, through no fault of their own, end up on a secret government list. 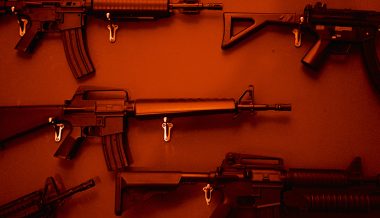