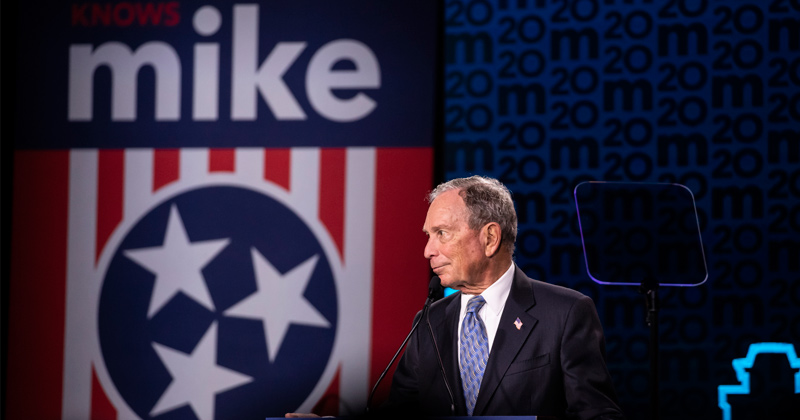 Presidential hopeful Michael Bloomberg believes farmers and blue collar workers are simpletons with jobs that don’t require much intelligence, according to newly-surfaced video.

“I could teach anybody, even the people in this room, no offense intended” to be a farmer, Bloomberg said during a 2016 talk at Oxford University in a now-viral clip.

“It’s a process: You dig a hole, you put a seed in, you put dirt on top, add water, up comes the corn,” he stated. “You could learn that.”

Billionaire Bloomberg claims he "could teach anybody to be a farmer," even implying that farmers don't have the same level of "skillset" or "grey matter" as folks in tech jobs.

So demeaning, elitist, and out-of-touch it's appalling. pic.twitter.com/Auplmdq56m

“You put a piece of metal on the lathe, you turn the crank the direction of the arrow, and you can have a job,” he continued.

Here Mike, go out and operate this……. Looks like a tech job to me…. pic.twitter.com/wgXUNyEsFB

"You dig a hole up comes the corn."

Nevermind that to be a successful farmer you have to be a mix of mechanic, carpenter, chemist, veterinarian, horticulturalist, climatologist, geneticist, animal behaviorist…etc..etc..etc….

Ironically, outside their private-sector business ventures, politicians like Bloomberg represent a predatory class that doesn’t actually produce anything.

At least Hillary Clinton pretended to care about working-class Americans; Bloomberg can’t even do that.

Maybe having Hillary as Bloomberg’s running mate will add a tiny, tiny drop of charisma that his campaign lacks completely.